A white Texas man seen on video punching a Black woman multiple times in a fit of road rage has been indicted on felony assault and obstruction charges.

The black woman was identified as L’Daijohnique Lee, police say she was beaten up by Shuffield and the entire attack was caught by the camera.

The video shows Shuffield savagely punching Lee at least five times. Shuffield was arrested minutes later and was released on bail the next day. Protesters have taken to the streets in recent days, calling out law enforcement for releasing Shuffield and for not charging him with felonies. 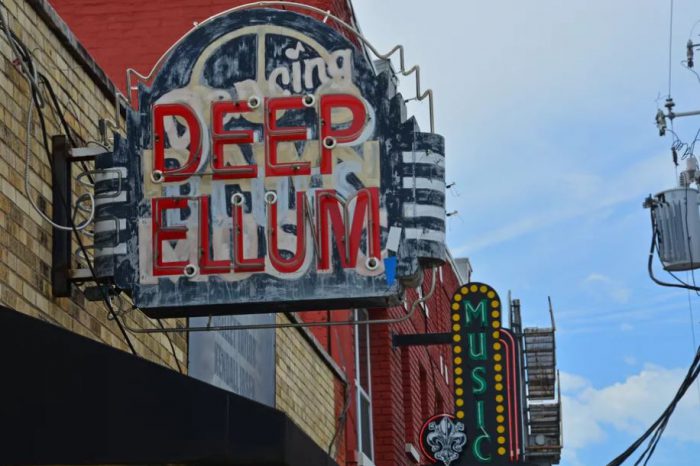 According to the arrest warrant cited by WFAA, police were called at about 4:26 a.m. Wednesday to a disturbance, where they encountered a 24-year-old woman who said she had been assaulted.

Lee told WFAA she had been out in Deep Ellum with friends when she made the mistake of driving the wrong way down a street and blocking a parking lot exit.

“I knew I was on a one-way street but I was stopping literally at the corner to let my friend out,” she told the news outlet, adding that she was dropping off friends at a hostel.

Lee told the police that a Shuffield confronted her about blocking the parking lot exit, according to an arrest warrant seen by CBS DFW.

After she moved her vehicle into the lot, she said the same man approached her car and tried to get a picture of her license plate, the arrest warrant said. She told police she warned the man “to get back or else she would mace him.”

The video shows Shuffield pulling out a gun during the confrontation, though he never points it at the woman nor visibly threatens her with it.

“I got scared, I was like ‘you have a gun?’ The first thing I thought to do was call the police,” she told WFAA.

The arrest warrant states that Lee told the police that when she went to call 911, the man slapped the phone out of her hand and kicked it away from her.

The video footage then shows the woman slapping the man in the face. At this point, the man can be seen in the video slugging Lee five times in the area of the head and torso.

“Watching that video literally makes me cry. All I could do was try and protect myself,” she told the TV station. “He literally sat there and beat me like a man.”

Since the incident, customers have been boycotting the High & Tight Barbershop. That’s why the establishment wanted to get out in front of the controversy by publishing a statement on Facebook concerning Shuffield’s horrible behavior and criminal activity while on the job.

The bar fired Shuffield after they spoke with police.

“We do not stand behind the actions that took place and hope that the full weight of the law comes down on this incident,” the post reads. “We have tried to approach this situation the best as we possibly can.”

Because of what happened, High & Tight Barbershop is getting slammed online. They hired Shuffield, a gun-toting violent man, and customers are making sure the bar pays the price. Many one-star reviews are being posted online that say how the shop hires “racist women abusers.”

Now activists are demanding that Dallas police charge Shuffield with a hate crime for his crime.

Watch the video report below: