A woke school has now just canceled holidays for one of the most ridiculous reasons ever! Get a load of this!

A group of elementary schools is now announcing that they are canceling certain holidays because they are not “equitable and inclusive” for families of every ethnic group. Instead, these schools are offering “alternative days” as a way to encourage “diversity.”

That’s right. This particular group of Michigan schools recently announced that certain holidays are now going to be canceled in order to be more “equitable and inclusive.”

East Lansing Public Schools recently announced that they are going to strike down certain holidays from the school calendar so that they will promote an “equitable and inclusive” environment. Oddly, the holidays that they are striking down have nothing to do with any type of ethnic group. Instead, the holidays in question deal with economic and social disparities present in class welfare.

Chances are, the progressive train continues to careen down the tracks, and they are coming to a neighborhood near you. Michigan used to be the automobile manufacturing capital of the world, but those have all were shipped overseas years ago. Now, the elementary principals of East Lansing and others throughout the state are ready to usher in extreme socialism by eliminating the holidays of Halloween and Valentine’s Day. 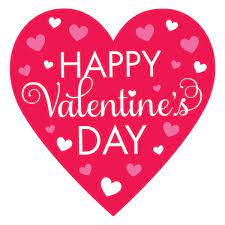 (No more of this at these East Lansing schools…)

The reason why this woke school just canceled all holidays is that there are some children’s costumes and gifts that are much more elaborate or more expensive than ones that their other classmates might wear.

There are a lot of kids crying on Halloween “because they don’t have the same kind of costumes that other kids have or they didn’t bring the same amazing valentines that other kids do,” Assistant Superintendent Glenn Mitcham said. “We’re striving hard at East Lansing Public Schools to be a district that is equitable and inclusive for all families.”

The letter suggests that the move to nix Halloween parties was made in response to parents’ concerns over their children’s feelings of fear or inadequacy over costumes.

“Each year, along with the fun of Halloween parties and parades, we also have students whose families do not celebrate or feel comfortable with their children participating in Halloween festivities,” the elementary principals wrote. “We have young children who become overwhelmed and sometimes frightened of the costumes and others who come to school with no costume at all.”

“While this may be a disappointment and/or an adjustment for some of our students/families at first, we promise to continue to offer alternative days throughout the school year that are full of fun and learning, for everyone,” the elementary principals wrote.

As far as Valentine’s Day goes, the argument the principals used was that exchanging gifts can often lead to “drama and teasing” among older children. The schools said that instead of these holidays they are going to do “alternative” gatherings.

Meanwhile, some families and students “do not feel comfortable with the idea of boys and girls exchanging valentines or participating in a celebration that focuses on ‘love,’ ” the principals wrote.

Parents are more concerned about their children getting their feelings hurt than they are over some of the political propaganda that is being foisted on them from grade school all the way to college. The parents want their kids to go to school and be known as something such as the Virginia Tech Hokies, but if these school administrators have their way, we will be in a dystopia where these kids will be nothing more than the Lame-o Wokies.