Clarence Thomas has now issued a dire warning for the future of the U.S. Supreme Court, but will Biden listen? Hard to say…

The American leftist cultural onslaught continues to incinerate anything in its path, anything that cannot be submerged under a wave of far-left woke ideology. However, Supreme Court Justice Clarence Thomas is not having it, saying that future generations are going to pay the price if the left overcomes the Supreme Court.

Thomas spoke last Friday during an address in Utah that was sponsored by the Orrin G. Hatch Foundation and was reported by the Deseret News. 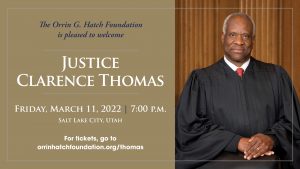 Thomas said that all of the political rhetoric in regards to rigging the structure of the court so that it could produce specific results is damaging even if it only stays in the talking stage. As a response to the agitation from the left-wing of the Democratic Party, President Biden created a commission to study how to change the court, but the commission failed to offer any recommendations in its final report last December, according to the Associated Press.

This is because a court that is designed to be a rubber stamp is not a court at all. “That’s no rule of law at all. That’s just willfulness,” Thomas said, according to the Deseret News. “I don’t think that is conducive to having a free and civil society.”

“You can’t keep taking chips out of your institutions and not expect it to, at some point, be compromised. At some point, it can’t keep withstanding the efforts to undermine,” Thomas said, according to The Salt Lake Tribune.

“Let’s be honest,” he said in regards to the effort from liberals to pack the court so that it will always lean to the left. “This is really about the results they want. They haven’t been able to make the institutions do what they want, to give them what they want.”

Thomas didn’t mince words here, saying that he believes that the U.S. Supreme Court is just one of many institutions that is facing a crisis of survival. 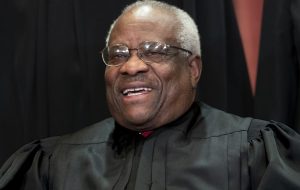 “By doing this, you continue to chip away at the respect of the institutions that the next generation is going to need if they’re going to have civil society,” Thomas said, according to NPR.

Thomas also noted that he felt that debate and disagreement-something that which democracy is based-are now considered wrong.

“I’m afraid, particularly in this world of cancel culture attack, I don’t know where you’re going to learn to engage as we did when I grew up,” he said.

“If you don’t learn at that level in high school, in grammar school, in your neighborhood, or in civic organizations, then how do you have it when you’re making decisions in government, in the legislature, or in the courts?” he said, according to NPR.

Thomas also described his current view of the atmosphere of colleges, which he described as being stocked with “people who actually seem quite full of themselves. Now it’s sort of this animus develops if you disagree.”

Thomas also brought up a particular instance where he was discussing with one of his clerks the perception that he only has “conservative white ideas.”

“That’s really interesting. I didn’t know that there were these particular ideas that were off-limits — you get like white-only water fountains, now you get white-only ideas. The more things change the more they remain the same,” he said.