I am one of the people that lives by the saying that I would rather have something and not need it than need it and not have it.

I keep backups of just about everything that you can think of. Shoot, I even have a spare television remote because I have used the same one for five years and don’t want to switch to a new one when the one I am using finally dies.

It’s always good to be prepared and have something. Even if you don’t think you need it at the moment you never know when you are going to have to use it.

Christmas gifts are a good example of this. I bought my dad a Sears gift card every year for a decade or more(no expiration date on them) and one day after holding onto them for at least ten years he went in and bought a new television for practically nothing.

Also, every year my wife buys me one of these rechargeable power banks that can charge a cell phone and most things you’d use a USB cable to power. I have like six or eight of these things and I have never actually had to use them in an emergency except for one time.

When Hurricane Irma happened in 2017 I was blessed not to have anything happen to my home or even lose power for more than a couple of seconds. My sister in law wasn’t so lucky and lost power for somewhere around a week.

Everyone’s cell phones worked so there was no problem communicating, all she needed was a way to charge her phone. So what we did was we took three of the power banks and handed them to her while we were keeping the other ones charged at our house. Then we would switch them out every day until the power came back on. She wasn’t able to save the food in her fridge or anything but she was at the very least able to communicate with us and use a small USB powered fan until the real power came back on.

Don received a canoe for Christmas from his wife Brandi Bandoni Paullo, he wondered if Santa Claus was real. He had never told his wife that he wanted a canoe, but it was the perfect present for him as he wanted to get out on the water more.

However, Don only managed to use his wife’s amazing gift once before it got stashed in the family’s garage where it sat for years without being touched. Despite his neglect, Don’s Christmas gift from his wife would prove that it had another use in it yet.

Although Don was not the one using it and never removed it from the garage for ten years, the day a storm bombarded the area the canoe proved to be a lifesaver. 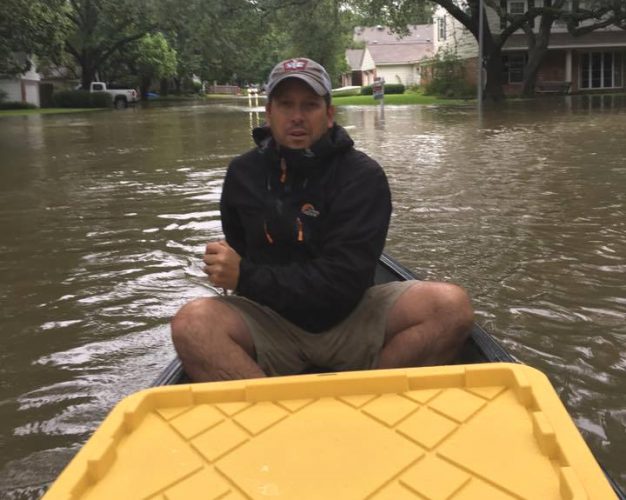 As the torrential downpour continued and continued, Don went to his garage and finally took the canoe out of hiding. Although it had been sitting in storage for a decade, it still worked. With flood waters rising, he needed the canoe more than ever before. And he had a mission he needed to accomplish.

Brandi shared the story about her husband on the Love What Matters Facebook page.

“Nearly 10 years ago, I bought Don Paullo a canoe for Christmas. He talked about fishing with friends and kids. Well, the canoe touched water once and has sat on the side of our garage for nearly a decade. Every once in a while, I’d comment on the stagnant canoe and Don would laugh and say he’d use it ‘next weekend.’ 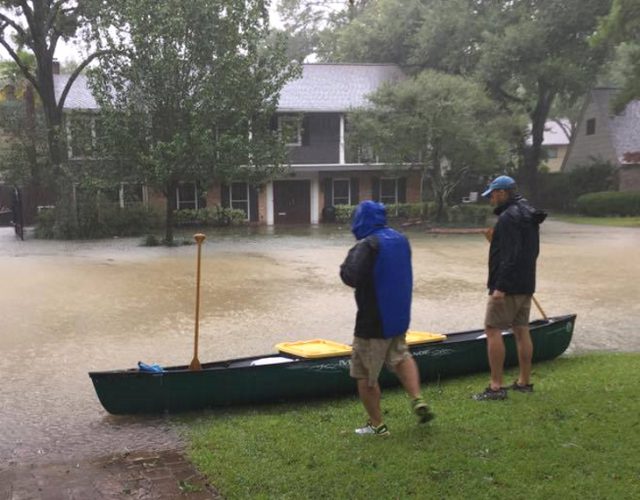 Although Don never did take it out of storage, when the rains came he put it to use saving lives.

“Well, the little green canoe got all its use over the past 3 days. It’s hauled over 100 people, their pets, and belongings out of Nottingham Forest. Don spent over 20 hours in the freezing cold water helping our friends, neighbors and perfect strangers to safety.”

Don’s home was destroyed by the flood waters, too. His home took on six to eight inches of water. But the personal devastation did not stop Don from opening his heart and putting the canoe to good use for the first time in a decade.