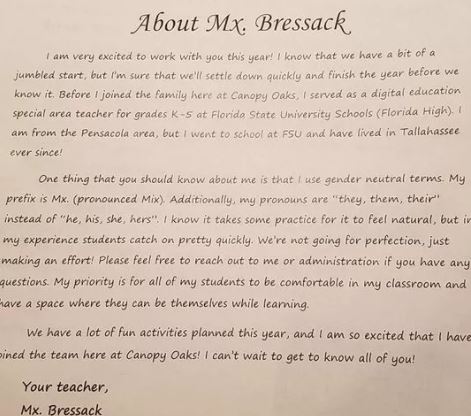 A parents writes a post on a Facebook Page group “Tally Moms Stay Connected,” said her child’s teacher sent home a “Welcome to my class” note, which included the request.