A forest ranger was marking trees for the first time in 30 years but on he stumbled across quite the odd sight. He found a spooky cabin hidden in the woods and that’s when he discovered the creepy mystery inside. 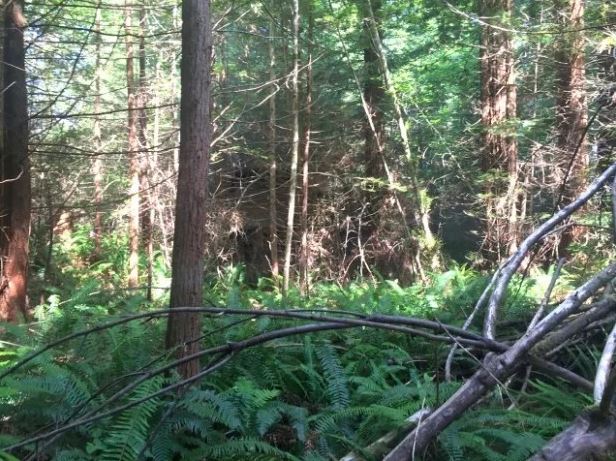 Environmental Services director in Arcata, California and a former forest ranger Mark Andre was marking forest tress when he looked up and saw saw something out of place. “I didn’t see it until I was 12 feet from it,” he said. “It’s in the perfect out-of-the-way spot where it wouldn’t be detected.” 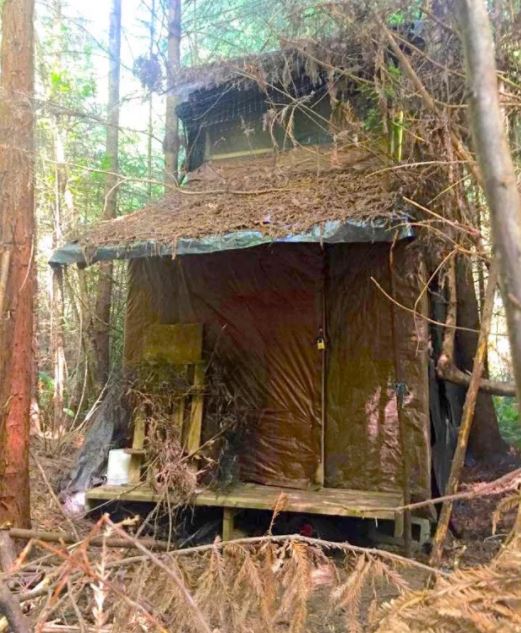 Someone constructed a cabin in the woods measuring 8’ by 12’ and about 15 feet tall. The most intruiging part came as Mark noticed the location was clean. Without the normal environmental abuse associated with forest campsites, there weren’t even any traces showing how anyone brought in the materials to craft the structure. 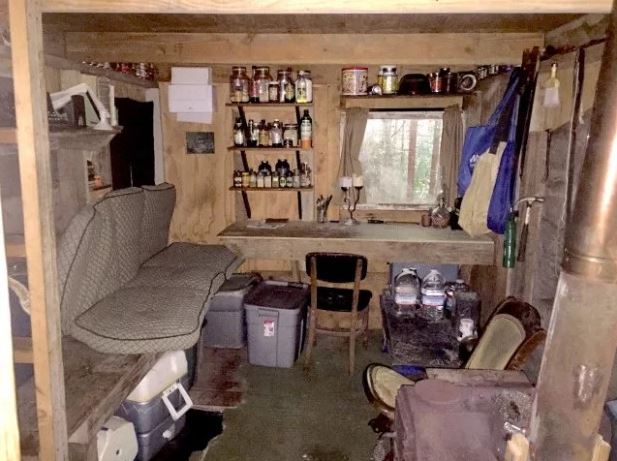 The make-shift cabin was set up on concrete blocks. It had a small porch, windows, and walls of plywood that were covered with brown tarps, black plastic sheeting, and lots of concealing forest materials. If you take just a few steps away, it was nearly invisible.

Since it is illegal to camp or build on public property, Mark called in a little help and decided to enter the premises. When they were inside, what they found would only add to the mystery. 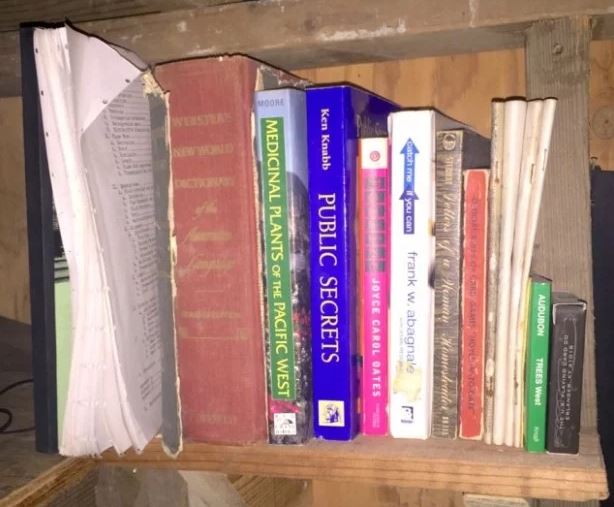 Containing minimal items, the owner of the cabin had managed to make a living area complete with a kitchen and a living room. With a stove for cooking and warmth, the cabin also had thick coverings over the windows, allowing for little light to escape during the night. A few leisure items were found in the building such as books – one being Catch Me If You Can (which is rather ironic) – and an old typewriter. 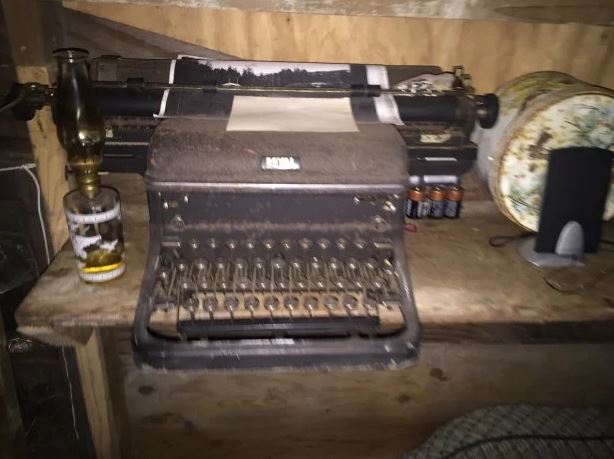 The cabin also contains canned foods and even a “things to get” list that dated the first thing crossed off the list back in 2011, indicating the cabin had probably been there since at least then. Since the team searching for the owner of the cabin still couldn’t figure out who it is, Mark still posted an eviction notice on the front door along with his contract information, but this is where things get even weirder. 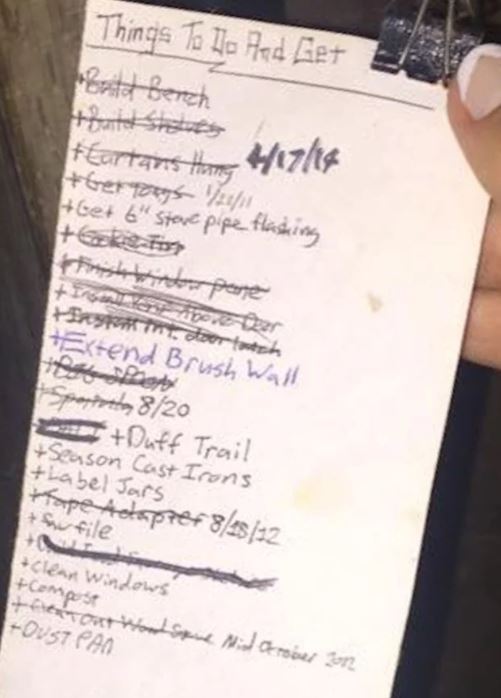 A month later, they returned back and check things on the cabin, but they found the cabin is a bit messy. As it turns out, the owner had found the eviction notice on his front door and started moving out. Same goes before, there were no traces left behind to show which way they headed. 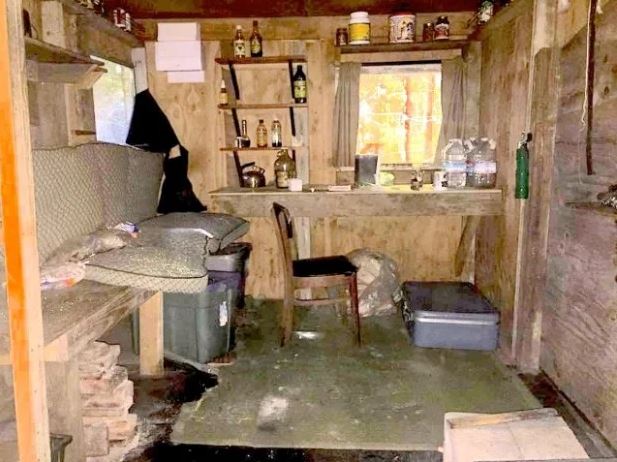 Less than two weeks, Mark and his team came back to find that the cabin was gone. Although there were a few things left, such as the cabins furnishings and wood stove. Once again, even the access routes to the site guarding the forest reportedly no one seeing anyone hauling heavy items down the trails. 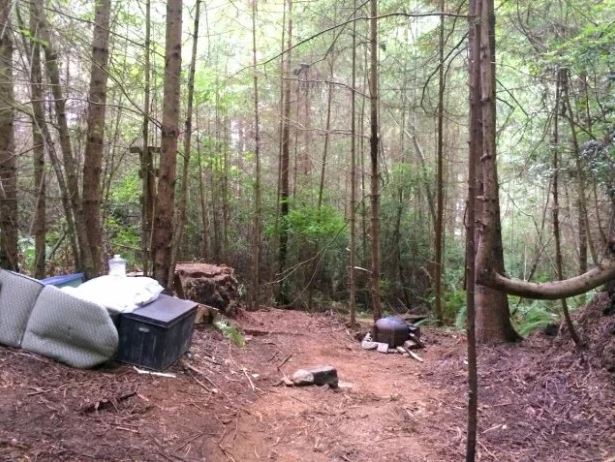 The team came back the next day and found out that there wasn’t anything left. “That’s the cleanest camp cleanup I’ve ever seen,” said Michael McDowall, natural resources technician for the city’s Environmental Services department. “There wasn’t a nail, not even a gum wrapper left behind.”\ 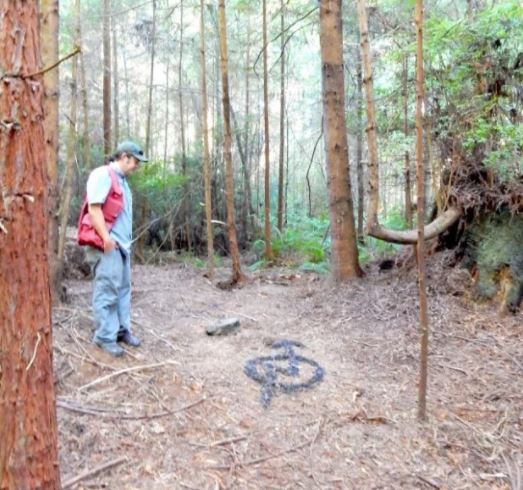 The owner of the cabin did add a bit more mystery to the entire happenings on the forest as he did leave behind an unusual symbol made of charcoal. Based on the reports, it was the international squatter symbol. “The circle represents the building, and the arrow represents the squatter. The squatter goes in (line in), stays for a while (line in the middle), and then leaves (arrow!).” 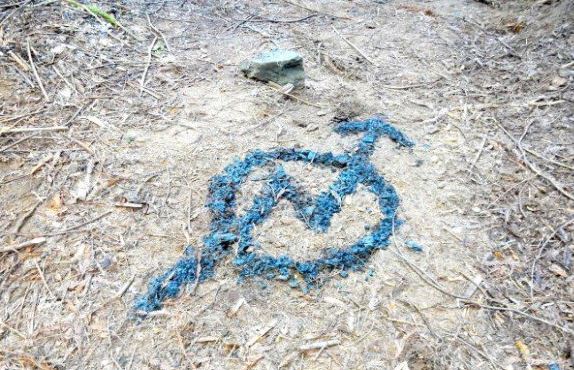 To this day, Mark and his team still haven’t been able to identify the person responsible. They did venture to guess that it was an older individual with life experience and minimal material needs. “The thoughtfully composed, uncluttered tiny house appears to be the work of someone who knows who they are and what they need,” Mad River Union reports.