A whole class of Georgia state super-troopers were kicked off the force after they were busted in a massive cheating scandal. If cops can’t follow the rules in the classroom, how can we trust these bad boys to follow the rules when they pull you over for something? Rules, we don’t need no steenking rules, we have badges!

According to Safety Commissioner Mark McDonough, the entire 2019 training academy class “cheated on their radar gun test, which is a critical step in graduating from the training academy.” We all know that rocket scientist types don’t apply for the police academy, but how dim of a bulb do you have to be to make radar gun use something you have to cheat on.

The Department of Public Safety found out about the scheme “from the girlfriend of one of the cadets, Demon Clark,” their statement explains. The woman bragged about taking the online test for Clark. “When Cadet Clark was asked about the cheating allegations, he informed superiors ‘he was not the only one who cheated, the whole class cheated,’ and that is when the decision was made to investigate the testing of the entire class.”

Having an entire class of law enforcement officers prove they have no integrity at all is “a punch in the gut,” Colonel McDonough laments. 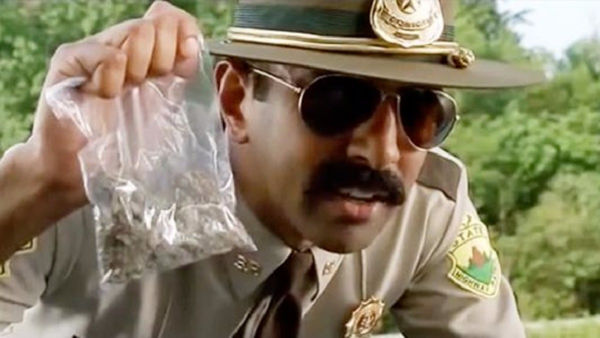 As reported by USA Today, “the now-fired troopers have written 133 speeding tickets since they graduated in August,” most of those violations “are expected to be dismissed.”

33 class members had 20 weeks of intensive and expensive training, followed by another 12 weeks in field training. After that, “each received more than 1,500 hours of” specialized training. “One resigned, one is on military leave, and another was previously dismissed before the investigation was complete.” All the rest were told to look elsewhere for employment on Wednesday.

They actually created two specific groups on Snapchat “which included several members of the class that facilitated this activity.”

“Our whole mode is to produce an officer that the public can trust … so this goes to our very core values and so it is something that is difficult to swallow,” McDonough assures the public.