Democrats began obstructing Judge Brett Kavanaugh’s Supreme Court confirmation hearing less than five seconds into it on Monday, and several protestors were physically removed by police for aggressively trying to shut it down.

According to The Washington Examiner, Democrats and liberal protestors made the hearing so contentious that Kavanaugh’s young daughters —  Margaret, 13, and Elizabeth, 10 — were rushed out of the hearing on Capitol Hill.

As Democratic senators fought to delay the hearing of Supreme Court nominee Brett Kavanaugh, and as spectators jarringly heckled the process Tuesday, his two young daughters were rushed from the…

The Examiner reports that a source said the two girls were rushed out by their mother, Ashley Kavanaugh, “as the hearing got ‘hot.’” It was very heated with Democrats and protestors losing their minds over the thought of Kavanaugh serving on the Supreme Court.

“It was very unpleasant for young children,” said the source.

Democrats literally began the hearing by interrupting Senate Judiciary Committee Chairman Chuck Grassley, R-Iowa, less than five seconds into the hearing, largely refusing to allow him to even begin the confirmation process.

The hearing began at 9 a.m. ET, and Democrat committee members spent the first few hours grandstanding about how Kavanaugh — President Donald Trump’s pick to serve on the Supreme Court — will end the world.

Sen. Kamala Harris, D-Calif., kicked it off by raising objections to the committee receiving over 400,000 documents relating to Kavanaugh’s work with past administrations, claiming that “was not enough.”

Sen. Cory Booker, D-N.J., jumped in soon after, and was also rude to Grassley by demanding he be given time to voice his concerns about Kavanaugh.

After every single Democrat interrupted Grassley and another protestor was kicked out every 15 minutes or so, Grassley knocked Democrats for using the hearing as a political stunt to create drama.

“We have said for a long period of time that we were going to proceed on this very day and I think we ought to give the American people the opportunity to hear whether judge Kavanaugh should be on the Supreme Court or not.”

“Democrats would be held in contempt of court if they behaved that way in a court of law. We have rules in the Senate. We have norms for decorum. Everybody as you pointed out will get a chance to have their say.”

Here are a few clips of protestors losing their minds and Democrats attempting to grandstand: 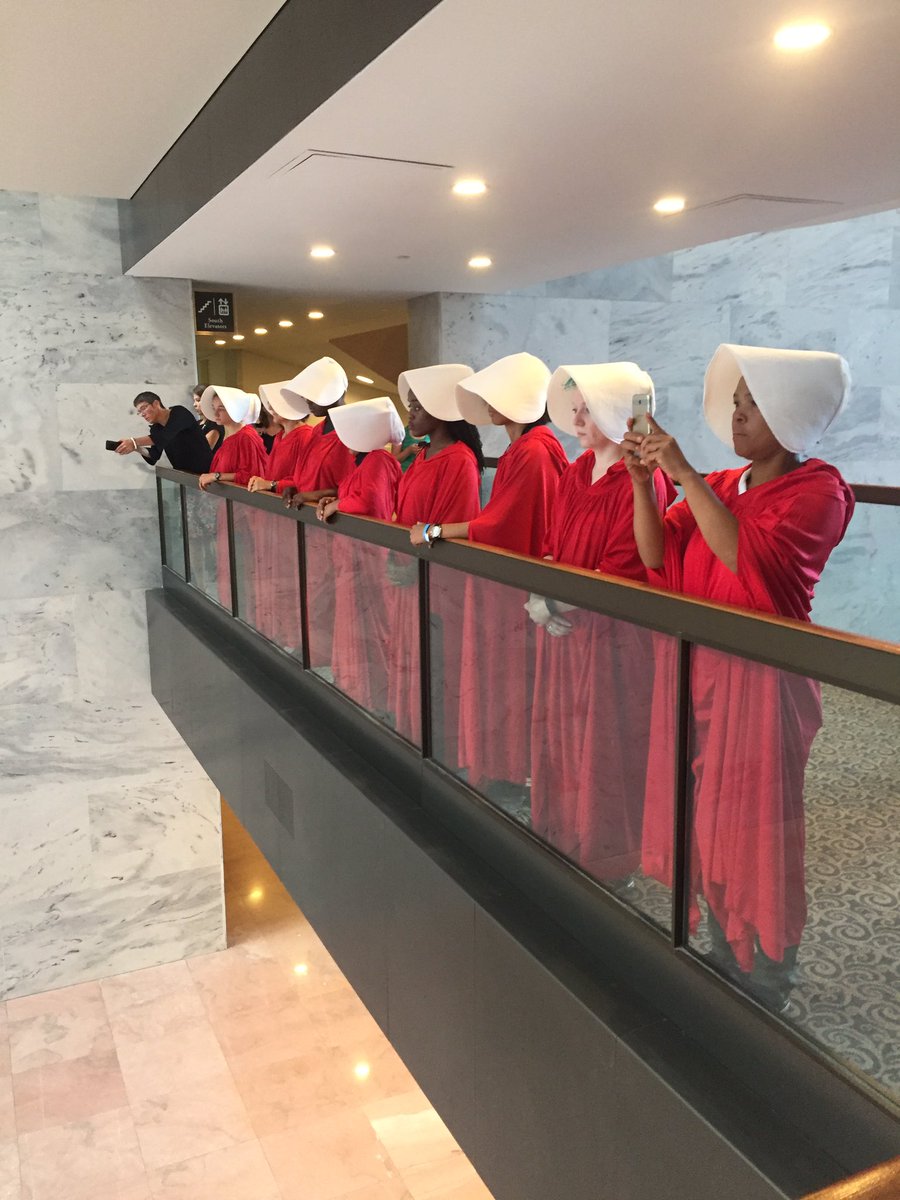 NOW: Waiting outside Kavanaugh hearing room. A silent but rather clear protest. (Re: abortion.) 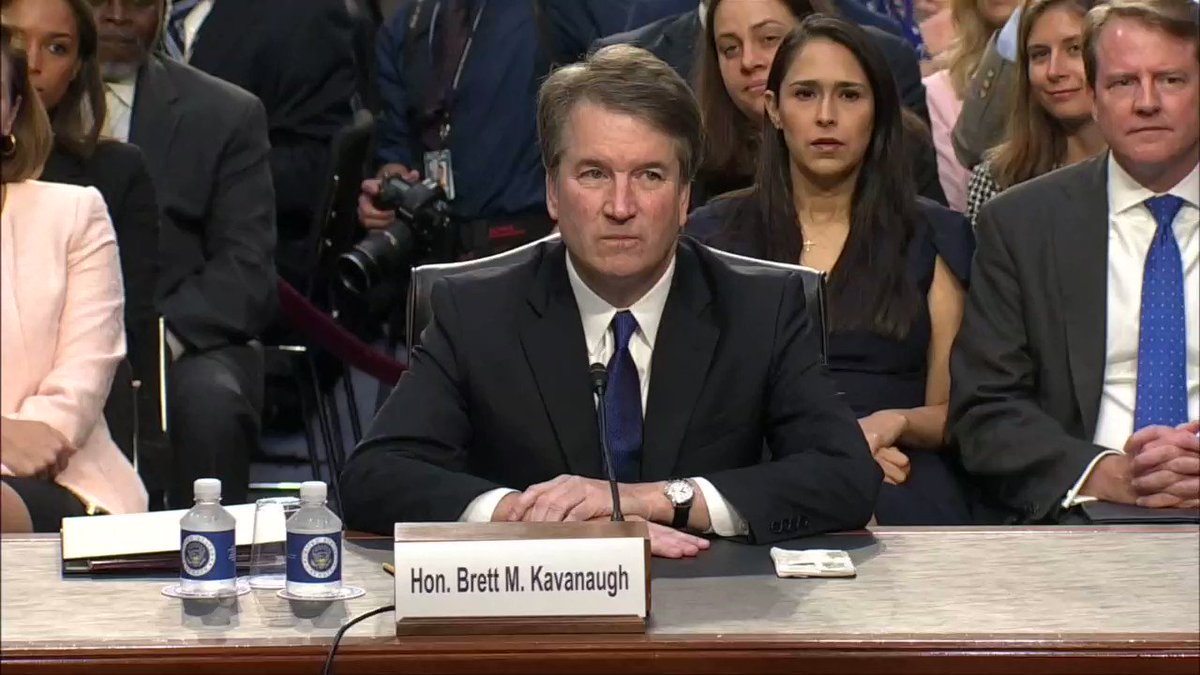 Cheers and yells broke out – cheers in back of room pic.twitter.com/Ww5sBIfGxF 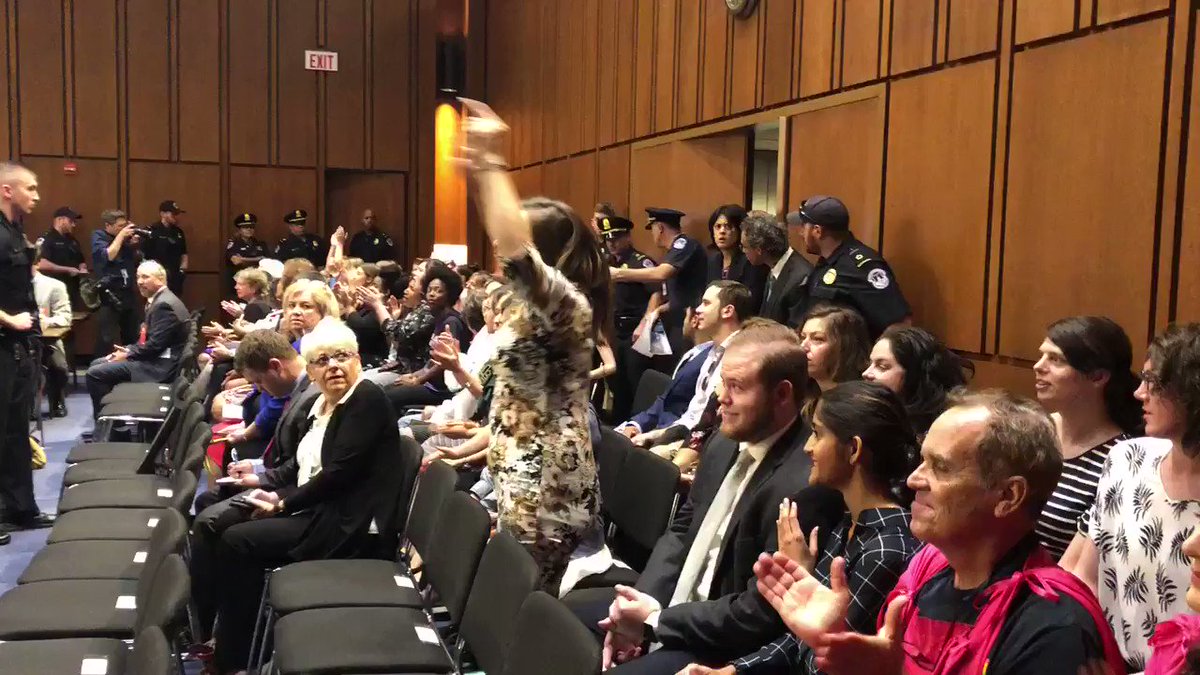 Kavanaugh hearing has already interrupted at least 3 times by protestors. Police escorted some out pic.twitter.com/DIow61maOR 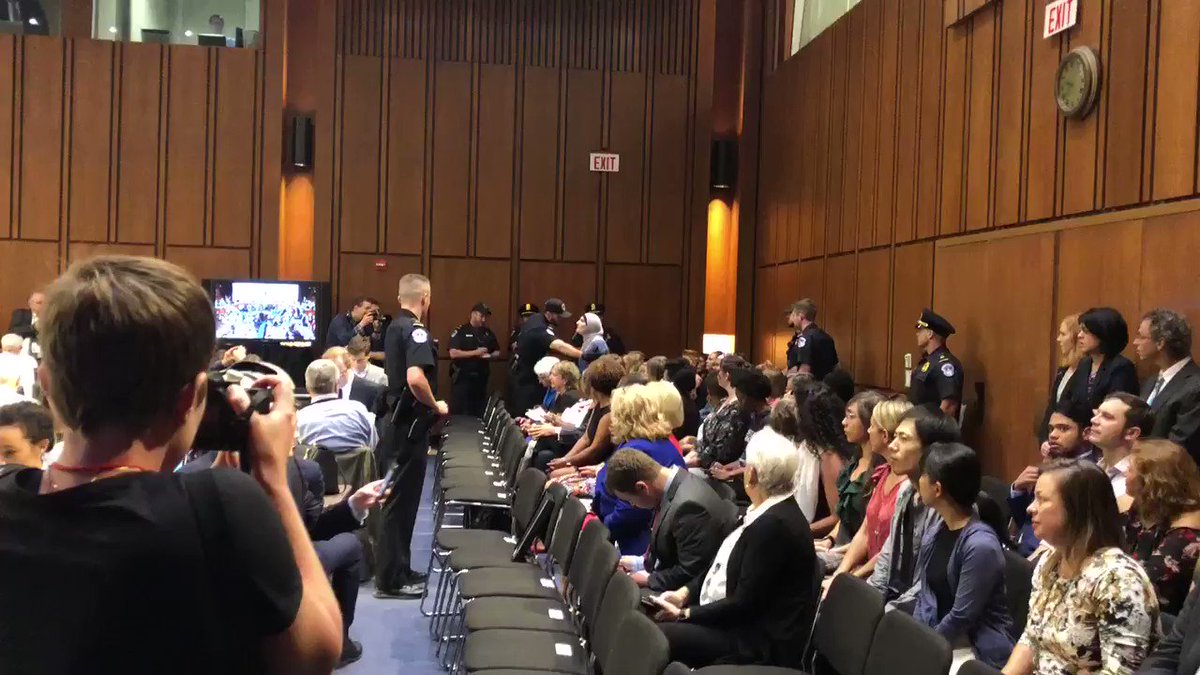 Trump selected Kavanaugh to replace Justice Anthony Kennedy, who retired on July 31 from the High Court after decades of service. As such, the Left continues to make despicable comments to smear and attack Kavanaugh.

Conservatives praised the president for nominating a strong conservativewho will fight for individual and religious liberties on the nation’s highest court. But just as conservatives are applauding the Judge, liberals are have gotten so aggressive that his kids had to be taken to another location to ensure their safety.

It’s unfathomable and downright disturbing that Democrats and their ilk were so raucous and hostile on Tuesday that Kavanaugh’s own children had to leave the room over concerns that the protestors may get so hostile that they wouldn’t be safe.

Liberals are so determined to oppose Trump that they are unbothered by intimidating and making children feel unsafe at their father’s confirmation hearing. That is unacceptable, many would agree, and should never be tolerated.