A seventeen year old boy went blind in his right eye and he felt a lot of pain.  He was taken to the doctor and what they found surprised them.  There was a worm inside his eyeball and it had burrowed tunnels through it in which the worm was able to move about.

The ophthalmologists, from the Conde de Valenciana Institute of Ophthalmologym, immediately operated on the patient, removing the eye’s lens to get to the worm.

Then they discovered that the worm had left holes beyond the iris and deep in his retina, causing permanent vision loss.

Located near the optic nerve, the retina, which is the thin layer of tissue that lines the back of the eye, plays a vital role in vision.

The medics successfully removed the worm after cutting it into several pieces. The tiny 3 millimetre parasite was identified as a trematode, a type of flatworm.

Infections can happen in humans and animals after trematodes are ingested from eating under-cooked fish, crustaceans, or vegetation containing their larvae.

They usually infect the gut when they invade humans, therefore the presence of the creature in the boy’s eye baffled doctors.

Dr Guzman-Salas, who examined the boy, said the boy, who is from a rural area of the country, had had ‘very, very bad luck’. 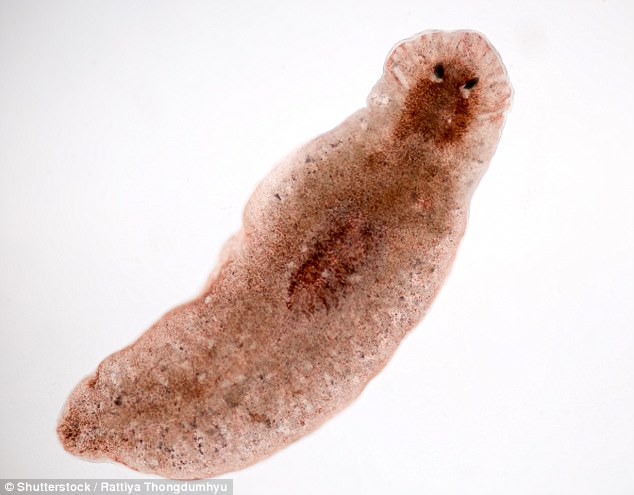 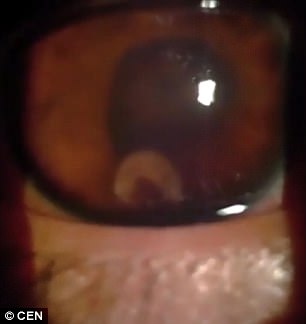 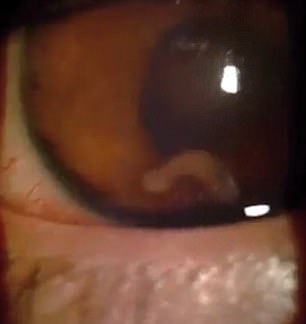 This is common in animals in Europe but is rarely found in humans.

British pets and their owners are at risk of a parasitic eye worm that can lead to blindness from dogs imported from Europe, a study warned.

The parasite is spread by a species of fruit fly recently found in southern England, leading to fears it could spread to wild animals such as foxes that might act as ‘a reservoir’ if it gains a foothold.

But humans can get infected too as it can jump between species, according to research from the Veterinary Record.

Thelazia callipaeda also known as ‘oriental eye worm’ is increasingly common in Europe while the fruit fly Phortica variegata has been found in Gloucestershire, Kent and Berkshire.

The first known case of the eyeworm infection in the UK was found in an one-year-old male collie cross recently imported from western Romania just last July.