Deputies with the Broward County Sheriff’s Office say they are investigating a shooting at Marjory Stoneman Douglas High School in Parkland, Florida. One suspect is currently in custody and 14 victims have been transported to a local hospital, according to deputies.

“At this point, we have no evidence that there has been more than one shooter. The individual we believe has been apprehended,” says Broward County Schools Superintendent. He told reporters there are fatalities but could not confirm the number at this point. The Superintendent says the shooter is potentially a former student.

Earlier Wednesday, a view from helicopters above showed at least two people on stretchers and placed into the back of the ambulance. Rescuers also appeared to be setting up a triage unit in a tent outside the school.

The SWAT team is on scene investigating the incident. Police and deputies were seen surrounding the school with their guns drawn as they guide students outside of the school to safety.

A student spoke to ABC News and told George Stephanopoulos “at least 3 people are dead outside my door.” He said he was evacuated from the school with other students.

The Coral Springs Police is advising teachers and students at the school to remain barricaded inside until police reach them. 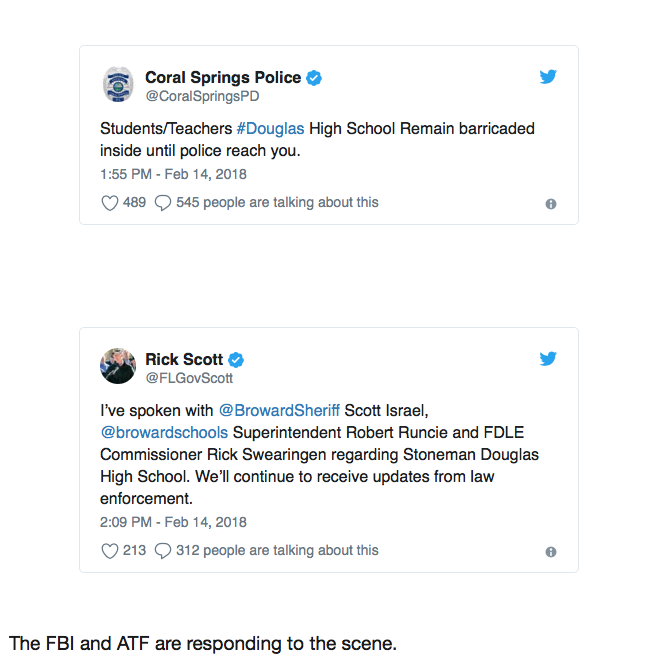