There has been plenty of talk in recent months about the disparity between North Korea talking the talk and actually walking the walk.

For decades, it was impossible to tell just how effective any of North Korea’s weaponry really was, given the thick shroud of secrecy surrounding the despotic regime.  Until the middle of 2017, it was doubtful that Kim Jong Un would ever have a missile precise enough to strike the American west coast, let alone anywhere in the world, yet, here we are, ramping up nuclear drills in a number of U.S. cities in response to his three successful ICBM launches.

Beyond the threat of a thermonuclear strike, Kim Jong Un is certainly maniacal enough to employ some of the more tried and true methods of mass fatalities as well, with what the world only assumed was a possible biological and chemical weapons program tucked away somewhere in the isolated nation.

Now, a medical examination of a recent defector has given us proof positive of that danger’s reality.

“Traces of anthrax antibodies were discovered in the system of a North Korean soldier who had defected to South Korea at some point in 2017, a local South Korean television station reported Tuesday.

“The soldier’s name and exact date of defection were not disclosed. But the defector is said to have been exposed to or vaccinated for anthrax, a serious bacterial disease, UPI reported, citing Channel A. They reportedly became immune to the disease before defection.

“’Anthrax antibodies have been found in the North Korean soldier who defected this year,’ according an unnamed South Korean official speaking to Channel A.

“The news comes amid earlier reports that North Korea was beginning tests to mount anthrax onto intercontinental ballistic missiles capable of reaching the U.S.”

This revelation certainly bolsters the possibility that North Korea is nearing the completion of an anthrax-based weapon to be used in the near future.

Given the momentous tension that has become standard between the hermit kingdom and the United States, action by the latter is nearly imminent.  Now, given the possibility of the regime’s biological response, U.S. military leaders may have to head back to the drawing board before stepping foot across the DMZ.

Here is some history on Anthrax:

1960s – Growing international concern about the use of bioweapons collapsed 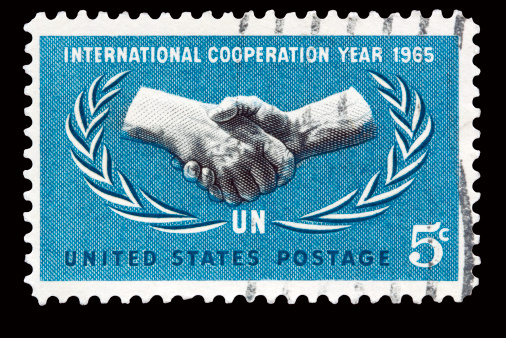 By 1960, the United States possessed a large collection of bioweapons, including many types of bacteria, fungi, and toxins. During the late 1960s, there was growing concern, internationally, about the use of biological weapons and the ineffectiveness of the Geneva Protocol. In July of 1968, Great Britain submitted a proposal to the Committee on Disarmament of the United Nations, which would prohibit the development, production, and stockpiling of biological agents. This proposal also outlined the need for inspections for alleged violators. Several months later, The Warsaw Pact nations submitted a similar proposal. In 1969, President Nixon terminated the U.S. bioweapons program through an executive order. This executive order stopped offensive bioweapon research and production of the weapons, and it also called for destruction of the arsenal. The United States also adopted the policy to never use any biological or toxic weapons under any circumstances. After this, research efforts in the United States became solely directed toward the creation of defensive methods like vaccines, treatments, and diagnostic tests for potential biologic threats.

The 1972 Convention on the Prohibition of the Development, Production, and Stockpiling of Biological and Toxin Weapons and on Their Destruction was later created after the proposals of Great Britain and the Warsaw Pact nations. This treaty prohibited the development, possession, and stockpiling of pathogens or toxins. The treaty also required parties to destroy stockpiles of bioweapons within 9 months of signing the treaty. The treaty was ratified in April of 1972, with more than 100 nations signing it, including Iraq, the United States, and the Soviet Union.

Between 1971 and 1972, the United States destroyed pathogens and stockpiles of biologic weapons. Small amounts of certain pathogens were kept so they could be used to test new treatments and vaccines.

Before 2001, the last case of inhalation anthrax reported in the United States was in 1976. After the September 11 attacks on the World Trade Center and Pentagon, letters filled with a white powder containing anthrax spores were mailed to two U.S. Senators’ offices and news media agencies along the East Coast. Authorities recovered four letters, postmarked September 18, 2001, and October 9, 2001. The powder form allowed the anthrax to float in the air and for it to be breathed in. The powder from these letters contaminated the postal facilities they were processed through as well as the buildings where they were opened.

Until the first few people became ill with anthrax, Americans were unaware of this attack. The first case of inhalation anthrax was diagnosed on October 4, 2001. During October and November of 2001, there were a total of 11 confirmed cases of inhalation anthrax and 11 confirmed cases of cutaneous anthrax. Of the 11 cases of inhalation anthrax, seven of the cases were postal workers who handled the letters or worked in a postal facility where the letters were processed. Two cases were from the AMI Publishing Company, where a photo editor received a contaminated letter. The last two cases were the hardest in which to determine exposure: a 94-year old Connecticut woman and a New York City hospital employee. Investigators thought that the Connecticut women’s mail may have been cross-contaminated in a mail facility; however, no anthrax spores were ever found in her home. The exposure source of the New York City hospital employee is still unknown.

Before this event, there had never been an intentional release of anthrax in the United States. The FBI conducted an intense 7-year investigation into who may have sent the contaminated letters. Many years after the attacks, advancements in genetic testing allowed the FBI to conduct more complex testing of the spores used in the attack. Once the spores were analyzed, it was determined they came from a strain called the Ames strain and from a single spore batch known as RMR-1029, from a specific research lab. The attack and the subsequent investigation came to be known as Amerithrax. The FBI officially concluded the Amerithrax investigation on February 19, 2010.