“Digisexuality” is the wave of the future.

That according to makers of robotic sex dolls, reports the Daily Mail.

The increasing availability of sex robots and virtual reality pornography makes it easier than ever for people to avoid having sex with other people.

According to a report by ethics researchers at the University of Manitoba, people will soon prefer to have loving relationships with robots instead of humans.

It is safe to say the era of immersive virtual sex has arrived. As these technologies advance, their adoption will grow and many people will come to identify themselves as ‘digisexuals’ — people whose primary sexual identity comes through the use of technology.

Many people will find that their experiences with this technology become integral to their sexual identity and some will prefer them to direct sexual interactions with humans. There is no question that sexbots are coming. People will form an intense connection with their robot companions.

These robots will be tailor-made to meet people’s desires and will do things that human partners cannot or will not do. For this reason, significant numbers of people will likely come to use robots as their primary mode of sexual experience. 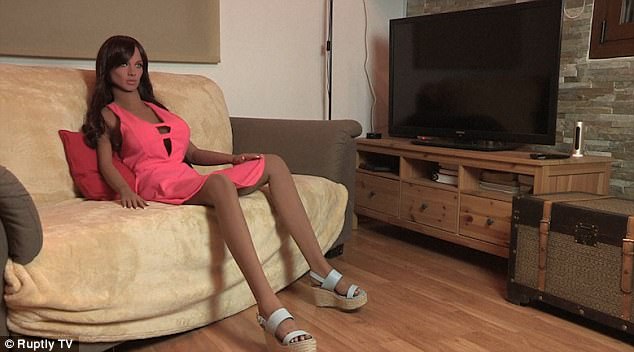 Unfortunately, the price of sex robots is not yet affordable for the masses, with some selling for as much as $20,000.

However, that sum is well within the budget of wealthy celebrities, many of whom could apparently use an alternative to sexually harassing other humans.
A U.S. firm called Abyss Creations is currently manufacturing a sex doll named “Harmony” that connects to an app that learns as the user talks to it. Although Harmony currently must be carried from one sex location to another, the company has plans to create a walking version of her within ten years.

Sales of another sex doll, “Silicon Samantha,” have been brisk enough that her designer team is hoping to soon start mass production. Samantha’s inventors, Arran Squire and Dr. Sergi Santos, proudly contend that her vagina is fully functional, and includes a G-spot as a special feature.

Among modern mannequins, sex dolls are rivaled only by crash test dummies in terms of technological advancement, as explained by the website Twisted.
But they were both once very primitive creatures. Not long ago, sex dolls were nothing more than inflatable vinyl things with fake hair glued on top, and the first crash test dummy was a piece of woodwork named Sierra Sam, who was driven into a wall in 1949.