One of the biggest sponsors of NFL is rethinking their NFL sponsorship. 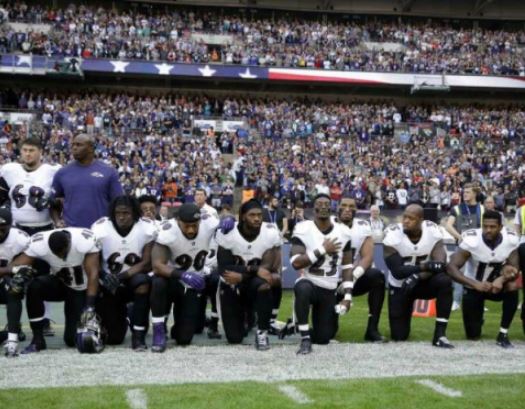 Sponsors pulling out, ratings decline and teams play in front of practically empty stadiums, after NFL player protests of the Nationa Anthem.

Anheuser-Busch is now reconsidering their NFL sponsorship due to the increased of national anthem protests. Likely because the protests are very unpopular among everyday Americans. Bud Light currently serves as the official beer of the NFL.

The company currently extended its current deal, which is slated to expire at the end of the 2016-17 season, for another six years through the 2022 season, but that might all change very quickly.

So the company set up a hotline for fans to call and give their thoughts about the protests and Anheuser-Busch’s sponsorship of the NFL. The number for the hotline is: 1-800-342-5283.

When a customer calls the number, they are greeted by a recorded voice who gives them the opportunity to voice their opinions about the protests.

“If you are calling with questions or comments about Anheuser-Busch’s sponsorship of the NFL, press one,” the voice says. “At Anheuser-Busch we have a long heritage of supporting the nation’s armed forces, veterans and military dependents. The national anthem is a point of pride for our company and for the 1,100 veterans that we employ. Please feel free to share your feedback after the tone.”

The company also released a statement:

These are complex issues that require in-depth discussions and nuanced debate. What I can say is that at Anheuser-Busch we have a long heritage of supporting the institutions and values that have made America so strong. That includes our armed forces and the national anthem as well as diversity, equality and freedom of speech. We proudly employ over 1,100 military veterans and we work every day to create an inclusive environment for all of our employees. Because only together can we achieve our dream of bringing people together for a better world.

Since the company established the hotline and began to promote it, they have been bombarded with calls. According to KTVI-TV, the hotline went down Friday afternoon after receiving too many calls, but as of Sunday afternoon, the hotline is back up.