Acting with the speed of the uninformed that we have come to expect from anti-administration Liberals, Congressional Democrats once again have chosen not to wait on the facts, but to demand new gun laws immediately. Socialists Chris Murphy and Elizabeth Warren have already demanded that lawmakers get busy and pass new gun control laws. All this is being done before we even know how many total victims are involved in the shooting in Las Vegas or the reason for the attack. 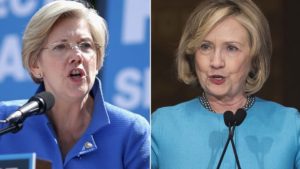 Now you may say, “what difference does that make?” But the fact is that we already have numerous laws on the books regarding guns and gun ownership but they failed to stop this incident. Their is little logic in thinking that any new laws would have any effect on any future such attack. The fact is that is someone wants to kill people, they are going to find a way to do it.

It’s not yet clear how the shooter, 64-year-old Stephen Paddock, acquired his guns, or if current gun control measures should have prevented him from obtaining them. But none of that makes any difference to leading Democrats. To them the only answer is to remove the constitutional rights of law abiding Americans in the name of safety for the masses.

Connecticut Sen. Chris Murphy issued a statement Monday morning saying “the thoughts and prayers of politicians are cruelly hollow if they are paired with continued legislative indifference.” Murphy demanded Congress “get off its ass and do something” following the shooting.

Meanwhile, Democrat Senator Elizabeth Warren wrote on Twitter; “Tragedies like Las Vegas have happened too many times. We need to have the conversation about how to stop gun violence. We need it NOW.”

Even twice-failed presidential candidate Hillary Clinton attacked the National Rifle Association (NRA) as if they pulled the trigger. “Our grief isn’t enough. We can and must put politics aside, stand up to the NRA, and work together to try to stop this from happening again,” Clinton wrote.

And Warren’s Massachusetts colleague, Sen. Ed Markey, demanded Congress “close the gun show loophole” in response to the shooting. This is another example of stupidity in the darkness of ignorance as there is no evidence that Paddock bought his weapons at a gun show.

Why is it, that to those on the Left, the right answer to everything is depriving American citizens of their individual rights. Whether it is your right to choose if you want insurance or not, or your right to own a weapon to protect yourself. Any law that is made in haste during a time of stress or confusion is likely to be poorly thought out and will likely infringe on the rights of our citizens. Good laws require knowledge and understanding of the subject and it’s causes, not emotion and good intentions.