Four police officers were injured and 13 protesters were arrested in St Louis, Missouri as BLM and Antifa protest the exoneration of former policeman Jason Stockley for murder of a black man in 2011.  Protesters march to the mayor’s house and were able to reach the front door and knock  before police were able to move the crowd of 1,000 protesters back.

The police department released video footage of a number of demonstrators doing damage to a police vehicle.

The officers are then seen stepping over the woman as she lay helplessly on the ground.

A protester who tries to come to the woman’s side is then met with force from the riot police, who also use pepper spray to get demonstrators to back away.

Crowds began gathering throughout the afternoon and grew as the day grew older.  Police had set up a line and refused to allow protesters to cross and police officials engaged in conversation with protesters explaining why they were there and what was being allowed and what was prohibited, as if BLM would listen anyway.  Around a thousand of the protesters surrounded the mayor’s house, breaking windows and harassing  St. Louis Mayor Lyda Krewson, by tossing red paint at her house and shouting at her. 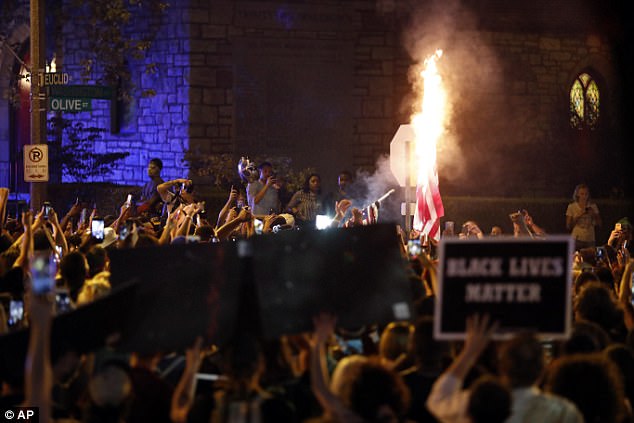 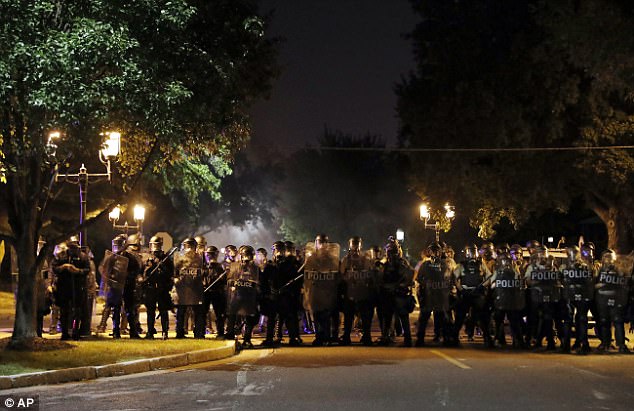 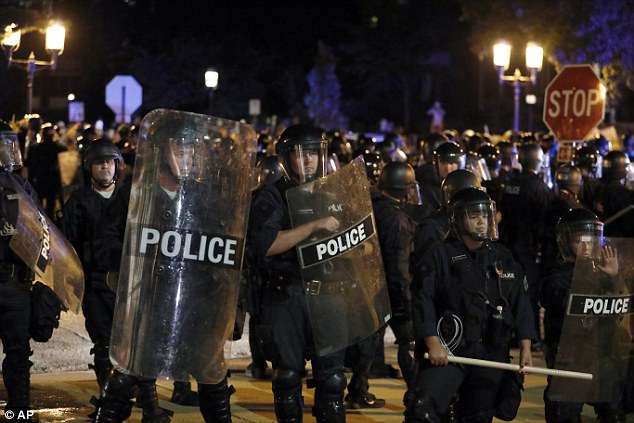 Police also tweeted images of the rocks, water bottles, and pieces of concrete that were thrown at officers.

It was a diverse crowd that included people of various races and ages.

Lawmakers and ministers were among those who joined the protesters.

Some of the protesters openly carried rifles, which is legal in Missouri.

There have been no reports of any weapons being fired.

A variety of events have been canceled because of the protests, including some high school sports and a performance by the St. Louis symphony.