A picture paints a thousand words and this artist has said a mouthful. The comparison in how people looked at America then, during the Obama administration, and now, during the Trump administration is vastly different and much more hopeful now.

Painter John McNaughton has captured, better than anyone could, the thoughts and sentiments of Americas, across the country, regarding their feelings about the two diverse strategies for American freedom, or not.

In the painting, Obama is surrounded by past presidents of the United States while he steps on the Constitution and turns his back on a “forgotten man,” who is notably depicted as a white working class male. The painting makes the blatant point that Obama had forgotten millions of Americans, and sums up how a lot of people felt about Obama’s presidency. 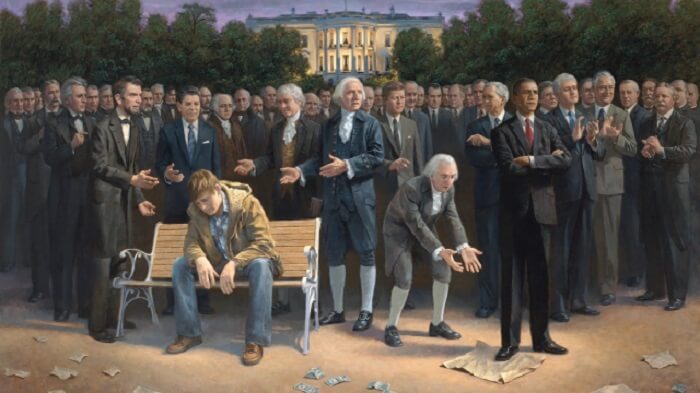 But there’s a new president in office, and McNaughton has a new painting. Called “You Are Not Forgotten,” it depicts a major shift from Obama’s presidency to Donald Trump’s: 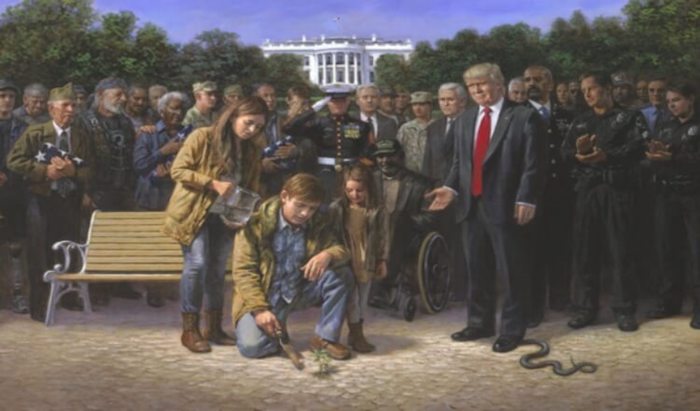 Watch this video and see the inspiration behind the art.