This crook was definitely taught a tough lesson after he tried to steal a car in broad daylight. Unfortunately, he didn’t realize who the car belonged to and secondly, the whole thing was caught on video.

UFC welterweight fighter Jordan Williams stopped at a gas station in Denver, Colorado in order to get a drink and he thought it was safe to leave his car running in the parking lot while he quickly went inside. Unfortunately, a crook loitering in the parking lot noticed what the man had done and thought it was a good opportunity for him to steal the vehicle. He was quick to learn the hard way that it was a mistake.

The incident was captured on security camera footage and Williams is seen spotting the suspect getting into his car and attempting to drive away, but the suspect wasn’t able to get far. “At first I couldn’t really believe it,” Williams told ESPN as he described the surprising moment he saw the crook trying to take his vehicle. “And then I was like, ‘Holy s**t, there’s someone really in my car.” 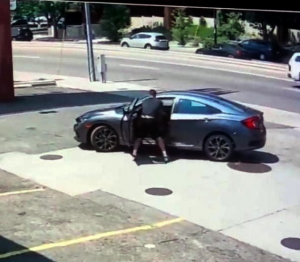 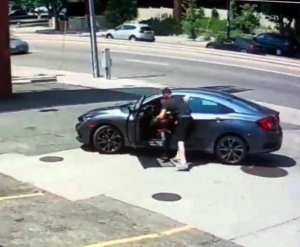 Williams’ vehicle has push-to-start technology, and even though the car was still running, it was not drivable as long as the key was not more than five feet away from the vehicle. However, it was when Williams neared the car with his key that “the drive capability re-engaged and the perp began backing up,” according to The Blaze. Even though the crook thought that he was about to get away with the vehicle, Williams had a different plan in mind.

“So, I run-up to the car, and I have a push-to-start car. So, if my keys aren’t within five feet of the car it won’t drive. As I started to run towards the car it started to slowly back up,” Williams recalled. “And man, the look this guy gave me on his face through the window was like, ‘Yeah, I got your car and this is happening.’”

Unfortunately for the clown trying to steal this octagon fighter’s vehicle, he was about to learn otherwise. Rather than a successful carjacking, the thief was the recipient of a well-deserved lesson of what all can go wrong when you attempt to steal a car.

Williams is seen in the security footage with his designer fanny pack, and that is when he whipped open the car door, grabbed hold of the guy, and threw him completely out of the car. The man landed on the parking lot, and Williams apparently landed a few punches, kicks, and knees, and the crook was holding and rubbing his head slinking away in defeat.

Williams posted the encounter, and that made the whole thing even better. It has been described as a “brief but impactful lesson for the thief,” on Instagram for his fans’ enjoyment. It was later posted to the MMA Focus and other sports-related YouTube channels as well. Be forewarned, however, that in addition to displaying some violence, there is some brief foul language as well.

“I opened the door, and it’s funny, the first thing I did was throw the stuff I bought on the passenger seat,” an amused Jordan Williams told ESPN. “And, then, I proceeded to punch the guy. After the first punch, he said, ‘OK, I’m sorry, I’m sorry.’ I was able to get some knees on him, as he was exiting out.”

Although the guy seemed to learn his lesson, Williams said he wished he could have taught him a little bit more. “Wish I would of [sic] hit him with the trip after the clinch work when I tossed him out of the whip, and finish off with some ground and pound but I’ll settle with getting my car back,” he wrote in an Instagram post that also featured some of the security footage. 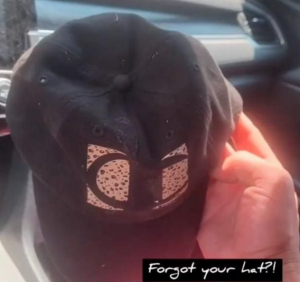 “Also I know you see the stillness of that fannypack, fannyback [sic] game was on point this could be a commercial for them,” the UFC fighter joked, taking a jab at himself and proving he didn’t lose his sense of humor following the ordeal. Adding to the comedic mood, Williams ended the security video footage with an image of the guy’s hat, which he left behind in the scuffle, writing, “Forgot your hat?!”

This clip is full of valuable lessons, but probably the best one is, “what goes around comes around.”