When you are out and about there are some things that you just do not want to do because let’s face it, they are mean to the people around you. It’s the reason why a good number of people use headsets when they talk on their phones when they are out instead of using the speaker.

However, there are some folks that just have no awareness of their surroundings and will act as if the entire world is their living room and everyone else is a guest in it. 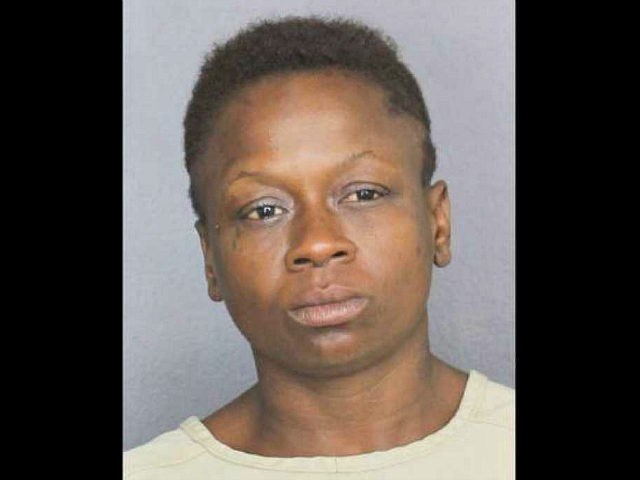 For example, there are some places that you should not fart. Crowded elevator, churches or standing in line somewhere just to name a few.

Also, if the flatulence is an honest to goodness accident and not something that was a targeted strike if called out on it by those around them a person should always try to be as apologetic as possible so if while the smell is still offending the nostrils of the folks with the lack of sense to run out of the room hear them they might be able to at least sympathize with their digestive plight.

That’s how a normal person would handle it; then again there are a lot of folks that are walking around with no concept of how to handle something in a normal fashion and are just looking for an excuse to try to harm someone.

A woman’s flatulence while waiting in line at a Florida dollar store led to her arrest after she allegedly pulled a knife on a store patron who complained about her passing gas.

Authorities say Shanetta Yvette Wilson, 37, was waiting in line to purchase some items at a Dollar General store in Broward County when a customer got into a verbal altercation with her about her flatulence in public, the Miami Herald reported.

The situation escalated quickly when Wilson allegedly took out a knife from her purse and told her victim, John Walker, “she was going to ‘gut’ him,” according to a police report.

Walker told authorities he was scared Wilson would stab him after she allegedly looked like she about to use the knife to attack him.

Deputies found Wilson not too long after police were called to the scene, arrested her, and booked her in jail on one count of “aggravated assault with a deadly weapon without intent to kill,” the report stated.