Customs agents along the southern border are on especially high alert for SUV’s and other vehicles with more than one gas tank. What they’re looking for is a high octane tank full of meth. While this isn’t a new method of sneaking drugs across the border, two identical cases, back to back in only two days, show how popular it’s become.

On January 21, Customs and Border Protection agents at the Calexico, California, port of entry flagged over a 36-year-old U.S. citizen to search his 2004 Chevy Silverado. Their dog immediately zeroed in on the auxiliary gas tank. That’s when they found “an unusual liquid substance that began to crystallize.” It turned out to be 100 kilos of liquid death.

“Officers field-tested the substance receiving a positive indication for the properties of methamphetamine,” a statement notes. The cartel can kiss $266,000 and the truck goodbye. The driver was arrested and turned over to Immigration and Customs Enforcement.

Only the day before, On January 20, Customs stopped two women crossing into Texas at the Falfurrias checkpoint. Adriana Villarreal, 22, and Jennifer Landa, 26, both of Mission, Texas, were arrested with 50 kilos of meth in their gas tank.


Agents got a little suspicious because when they drove up in their Ford Explorer they said they were headed to Houston “for a few days,” but didn’t have any luggage. They waved them over for a “secondary inspection, where they found 116 pounds of liquid methamphetamine hidden in the gas tank,” the arrest report states. They called ICE in to question the women. 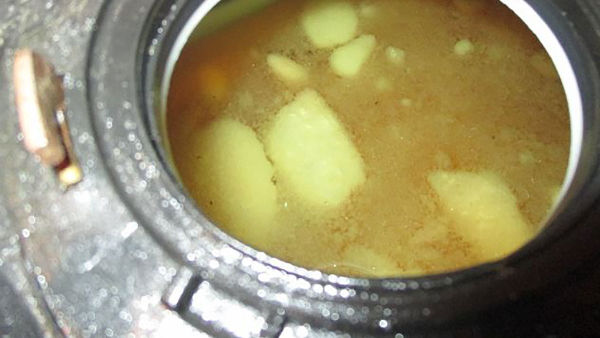 They quickly spilled their guts and had an interesting story to tell. The girls admitted that $700 seemed to be way to much to pay them just to drive the truck from Reynosa to Houston. As stated in the complaint, “VILLARREAL and LANDA admitted they were aware that said individual was involved with illicit activities and they were concerned the Subject Vehicle may have been loaded with narcotics due to the unusual payment amount and the overall totality of the circumstances.”

The girls searched the truck themselves to find out what they were carrying and didn’t find anything. “VILLARREAL and LANDA claimed that due to their concerns they even searched the Subject Vehicle for narcotics but did not find any narcotics.” They never thought to look in the gas tank. Still, they were both charged with intent to distribute.

“Drug trafficking organizations have one goal in mind, which is to get their product across,” Officer Sergio Beltran explains. “Concealing narcotics in gas tanks is one tactic and by utilizing our layered enforcement, we were able to stop this before it plagued our communities.” In the last quarter alone they snagged more than 40,000 pounds of meth.

Smugglers have been around as long a there have been borders. Any contraband brings premium prices which has led to an ongoing arms race between traffickers and law enforcement. “Drug traffickers are finding new sneaky ways of smuggling meth into the U.S.,” DEA agent Dante Sorianello told Fox. “Ways that can actually turn deadly.”

According to Sorianello, “The methamphetamine is basically dissolved into a liquid state and then is suspended chemically inside of something else, perhaps gasoline, or another chemical.” That makes it easier to hide. An expert chef can work the magic if he doesn’t blow himself up in the process. “A good meth cook can do this process, but it is very dangerous. “basically a separation laboratory,” he describes, where they take “that methamphetamine in suspension” and make it “solid again for distribution.”