At least six rockets have struck the Al-Asad airbase in western Iraq, which houses US troops, and there are unconfirmed reports of up to 30 missiles. The incident comes as the US and Iran stand on the brink of open war.

“Multiple sites” have come under attack by Iranian ballistic and cruise missiles, Fox News reported citing anonymous Pentagon officials. There has been no official confirmation from the US Department of Defense.

From senior US military source in Iraq:
“Under missile attack from Iran. These are either cruise missiles or short range ballistic missiles. All over the country.”

3,714 people are talking about this

Multiple missiles have been launched at Iraq from Iran targeting American military facilities, according to a U.S. official.

“This morning, courageous fighters of the IRGC’s Air Force launched a successful operation called Operation Martyr Soleimani, with the code ‘Oh Zahra’ by firing tens of ground-to-ground missiles at the base of the terrorist and invasive U.S. forces,” the country’s state-run news outlet ISNA reported.

A U.S. official confirms to ABC News that ballistic missiles have been fired from inside Iran at multiple U.S. military facilities inside Iraq on Wednesday morning, local time. The facilities include Erbil in northern Iraq and Al Asad Air Base in western Iraq, the official said. 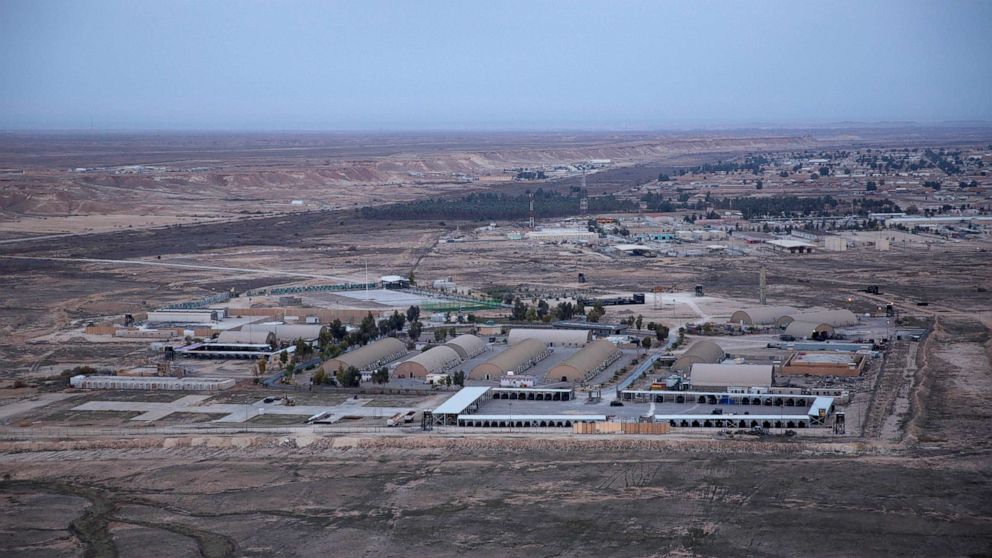 The attack comes days after the U.S. killed Iranian Gen. Qassem Soleimani in a drone attack in Iraq.

Defense Secretary Mark Esper in a briefing at the Pentagon Tuesday said the U.S. was ready to retaliate for any attack launched by Iran.

“Thirdly, to our partners and allies and to the Iran regime, I would like to say we are not looking to start a war with Iran. But we are prepared to finish one,” Esper said. “As I’ve told my many colleagues, as I spoke to them over the last few days, what we like to see is the situation be de-escalated and for Iran to sit down with us to begin a discussion about a better way ahead.”