The disturbing footage shows a killer who was recently released from a psychiatric hospital repeatedly taunting officers with a knife and refusing to give himself up. But he was eventually shot by police and later died in hospital.

According to official reports from various sources, the man reportedly decapitated a 18-month-old girl and brandished her severed head in the streets of a Russian city, eyewitnesses on the scene said.

The killer was identified as Mikhail Elinsky, 42 years old. He had been discharged from psychiatric institution where he was imprisoned for killing a woman six years ago. 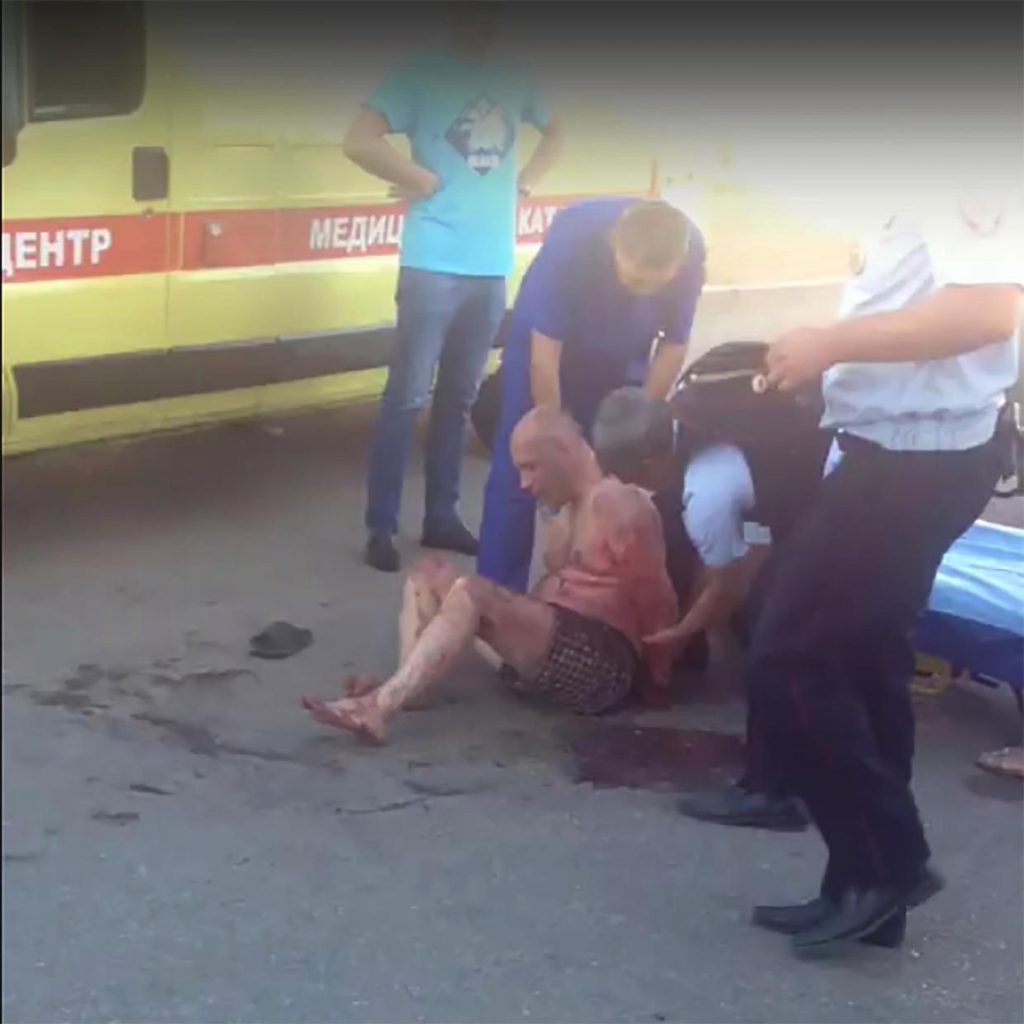 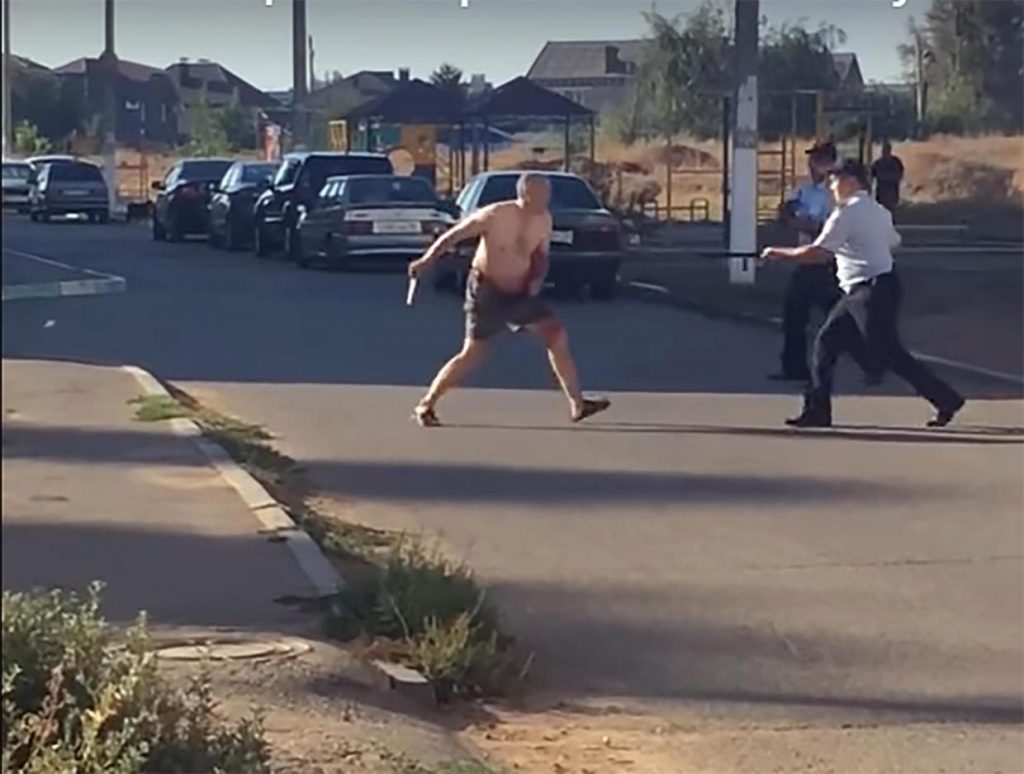 Tatiana, who was reported to be the killer’s niece and the dead girl’s mother, tried to save her daughter Natalia but was also stabbed, resulting in serious abdominal injuries as she came to the kitchen where the killer, her uncle, was butchering her child.

It was reported that Tatiana had earlier pleaded with the authorities not to release him from psychiatric hospital, fearing he remained a danger.

“We were about to go out, and my daughter was sitting on her tricycle,” she said. “He pulled her off, grabbed her and took her to the kitchen. He closed the door and began to cut her. I tried to stop him and ran to the kitchen, but he stabbed me in the stomach with his knife.”

A couple witnesses from the area said they saw the killer “run around the street holding up her head”.
Local authorities confirmed that they had him under custody after half an hour, and that the killer died later due to gunshot wounds in the hospital.

Investigations from six years ago say the suspect had killed another citizen in the samecity, who was repeatedly stabbed with a knife during a drunken encounter.

He was then diagnosed with paranoid schizophrenia and sent by a judge to a high security hospital for treatment but was released recently as “healthy”, according to media reports.

A local police source said: “Nobody warned us about this man. Nobody sent us any information about him. It happens in our country. There were no reports to us he was about to be released.”