When a man was converted to Muslim, he promised to bow to no man but Allah. However, when he refused to stand up in court, the judge words shut him down.

Ricardo McFarlane allegedly prayed with one of the London Bridge terrorists. He has been jailed for six months for possessing a bogus Spanish ID. 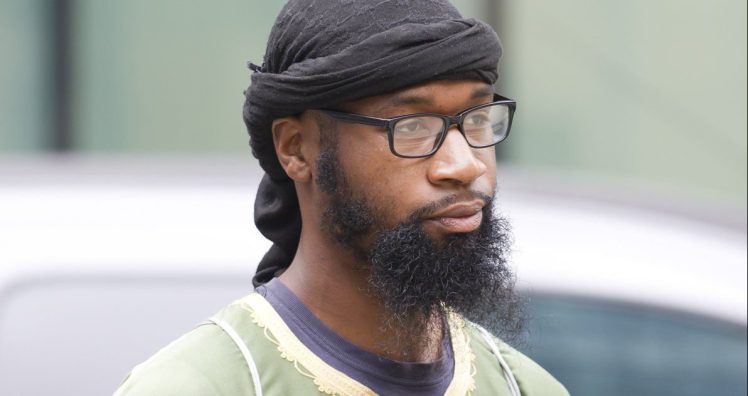 He was also seen with evil Khuram Butt in the Channel Four documentary ‘Jihadi Next Door’, which got 1.2million viewers when it aired in January last year.

Before he faced Southwark Crown Court he told the usher he would not stand for ‘any man’. However, when Judge Martin Beddoe entered the court and noticed McFarlane had remained on his seat in the dock, he smashed him with sweet words that made him stand.

“If Mr. McFarlane isn’t going to treat this court with respect then I might have to deal with him differently than to release him on bail,” Beddoe said.

“Because of his religious belief he believes there is only one person who he should bow to,” defense attorney Roy Hedlam responded.

“That is as may be, but this isn’t a court of religion, this is a secular court and it expects to be treated with respect,” Beddoe replied. “That isn’t in breach of any religious principles I’m aware of.”

McFarlane stood for the entire hearing after he had previously refused to leave his seat when the judge came into the room.

According to the Sun, McFarlane was a known associate of ALM, also known as Muslims Against Crusades.

On 25 March last year, he was accused of breaching an ASBO prohibiting him from approaching members of the public “in order to promote Sharia Law”.

McFarlane was said to have been one of a group of up to 20 men who reportedly set up a stall outside Topshop in Oxford Street calling for strict Islamic laws to be imposed across the UK.

Yet, the charge was dismissed today after the key witness in the case against him, a Muslim security guard from Topshop, called prosecutors to inform them he had flown to Morocco on a “family emergency”.

The security guard failed to identify McFarlane, he only gave a description that prosecutors claimed matched what McFarlane was wearing in CCTV footage from the scene.

Reports said, “there is no suggestion that he was engaged in terrorist activity” or intended to cross borders in such a capacity using the bogus card despite the affiliation.

But Judge Peter Testar found it “very odd” as he detained McFarlane for six months for possessing a false identity document.