A 2-year-old child was found dead in a room where he was left with a space heater for 38 hours while his parents were allegedly using meth.

According to authorities, an autopsy showed the boy, Braydon Barnes, died of hyperthermia, or overheating, in his crib. 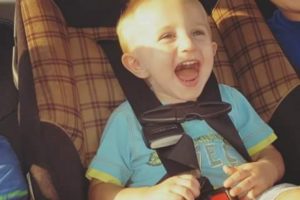 The boy was left in a back room at their mobile home in the 3700 block of Baden Street for more than 38 hours without checking on him.

His parents were Lucas Russell Barnes, 25, and Kathleen Peacock, 22, were found using and making methamphetamine during the time they have neglected their child alone in a room for a day and a half. And even worse, his mother was even pregnant at that time. 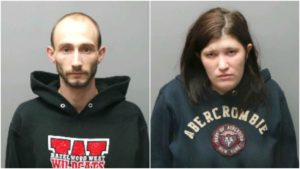 It was found out that Peacock already had been facing a child endangerment charge filed in St. Charles County in August. “She was alleged to be driving drunk with this child in the car,” he said, referring to Braydon.

They were charged with felony child abuse and manufacture of methamphetamine in a residence with a child present. If found guilty, they will face a range of punishment from 10 to 30 years in prison on each charge.

Lohmar said: “It’s a crime of neglect. We believe that due to their intoxication with controlled substances, they didn’t have the typical faculties required to properly care for the child.”

He blamed the juvenile authorities who according to him are responsible for such custody decisions. “What happens with that child remains to be seen at this point,” he said.

“Sadly it takes cases like this to remind people” that there are agencies that can deal with crisis situations with young children, he added.