Kirsters Baish| A poll was posted to Twitter by the Democratic Senatorial Campaign Committee, questioning Americans whether they would like to see more Supreme Court Justices like Trump-appointed Brett Kavanaugh or left-leaning Ruth Bader Ginsburg.

“Kavanaugh received overwhelming support, marking an almost 70-30 split in favor of President Trump’s second pick for the highest court. The tweet has since been deleted but a screenshot of the tweet at the initial time of reporting is included below,” explains the Washington Examiner.

The poll was posted Friday afternoon and, as of reporting, had just shy of 160,000 votes with two days remaining before the poll closes. While the DSCC, one of the only organizations whose sole goal is electing Democrats to the Senate, has yet to comment on the state of the poll, the group posted a tweet Saturday evening claiming “progress” was being erased by Trump’s picks for the judiciary, proclaiming the importance of Democrats gaining control of the Senate.

“. @realDonaldTrump and the Republican-led Senate have aggressively pushed to reshape the judiciary with conservatives. Decades of hard-fought progress could be erased. We must take back the Senate,” the DSCC wrote in a tweet.

.@realDonaldTrump and the Republican-led Senate have aggressively pushed to reshape the judiciary with conservatives. Decades of hard-fought progress could be erased. We must take back the Senate.

614 people are talking about this

Members of the media noticed the poll, but they weren’t alone. Republican politicians began tweeting about it. One of those politicians was Republican Representative Dan Crenshaw of Texas, who sent out a tweet of a screenshot of the Democrats’ poll after he voted. 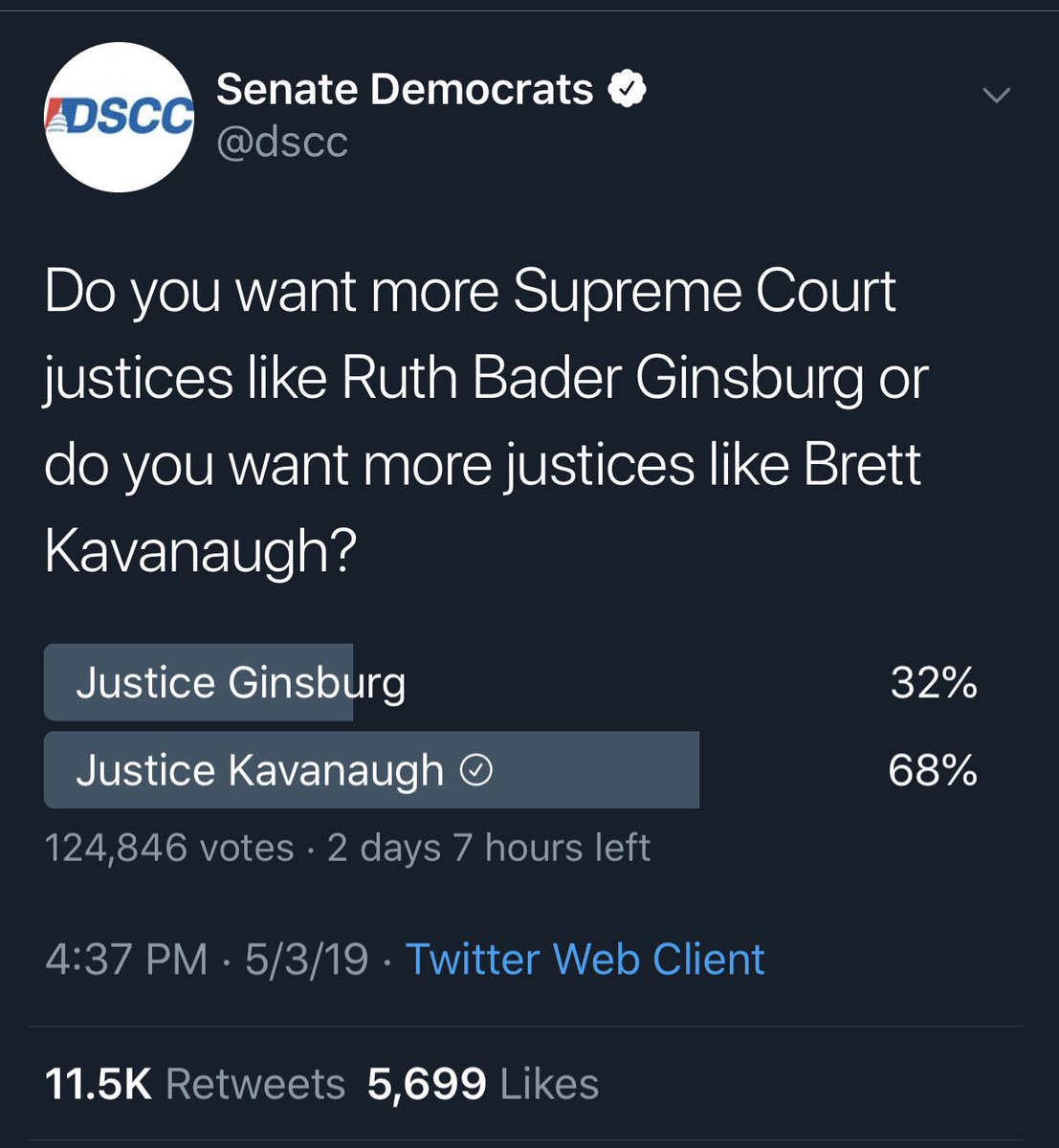 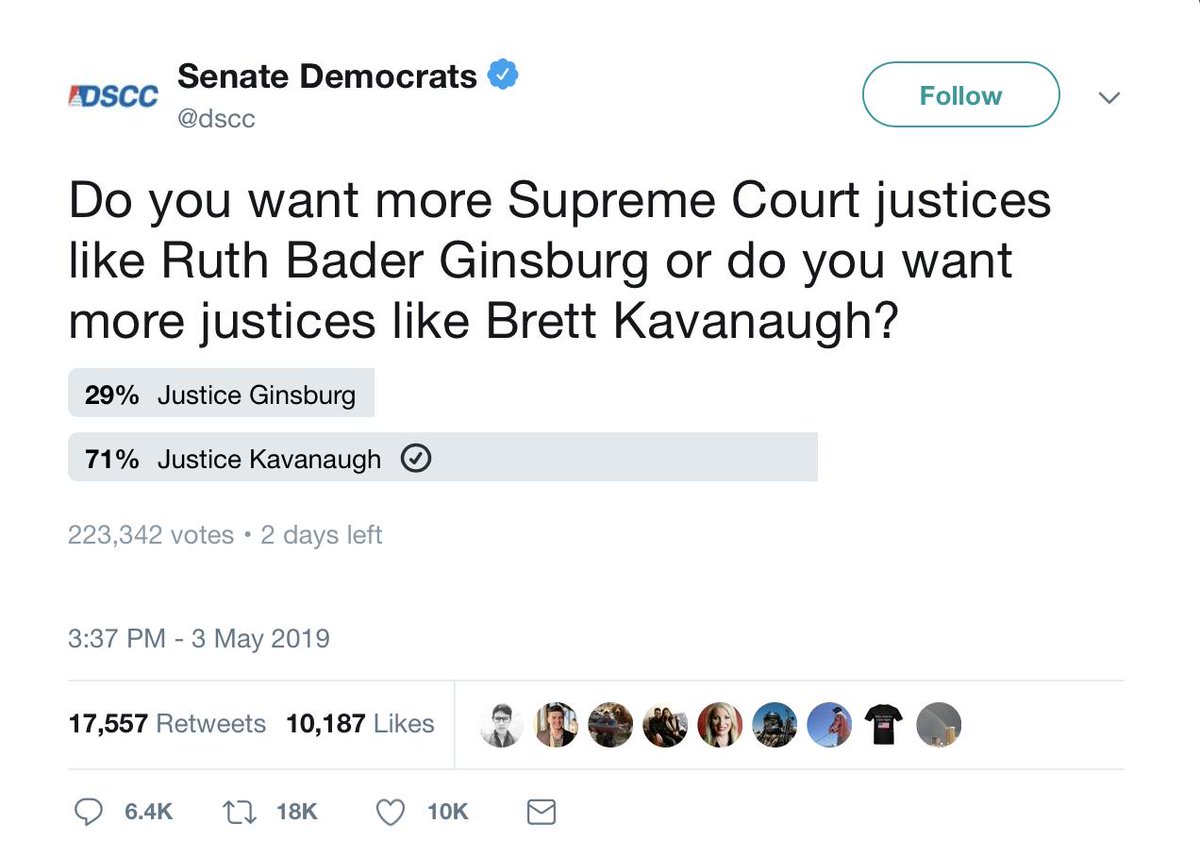 Something tells me that this probably wasn’t the result Democrats were hoping for when they decided to do this poll.

The Examiner reports, “Outside of users mocking the DSCC for the poll gone awry, users also showed support for Judge Amy Barrett who is believed to be on Trump’s shortlist for another SCOTUS opening if a seat is vacated during Trump’s presidency. A report in March said Trump had actually chosen not to nominate Barrett when he nominated Kavanaugh, because he was ‘saving’ her in the eventuality that Ginsburg’s seat became available.’