Recalls for food happen more often than we think.

Recently, a farm in Alabama was forced to destroy thousand of containers of eggs following a salmonella outbreak that was detected in their supply. Speaking of experience, food poisoning is no joke.

However, they aren’t the only food production location in the United States that is facing dealing with a massive recall. Separately, the CDC and the USDA have released two different meat recalls for listeria and salmonella.

This particular recall isn’t something to bat an eye at and then walk away, the grocery stores carrying these products have been ordered to removed millions of pounds worth of meat from shelves.

This outbreaks has already resulted in one death and has sicked nearly sixty people with salmonella poisoning.

Officials have specifically instructed companies to recall 6.5 million pounds of beef from Arizona, and 89,000 pounds of the Carolina ham. 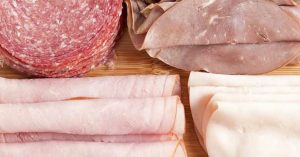 The ham infections all occurred more than two months ago, but officials say that their investigation is ongoing. They are urging consumers to be wary of all prepackaged deli products for the near future.

Listeria is no joke. It causes listeriosis, which causes the infected to suffer from diarrhea and intense fever. In the worst cases, it can eventually result in death.

The listeria-infected ham is just one side of this dangerous equation. The beef products from Arizona are infected with salmonella, which also leads to similar symptoms. People have become infected in 16 states so far, and officials hope that the recalls will prevent that number from growing even higher.

The beef is also sold under several brand names. These include Walmart, Cedar River Farms Natural Beef, Showcase, Showcase/Walmart, and JBS Generic. Keep an eye on your meat and make sure that none of these contaminated brands are in your fridge or freezer.

Each contaminated package lists the USDA inspection number as EST.267. Double check all of your products if you want to keep yourself and your family safe from infection. 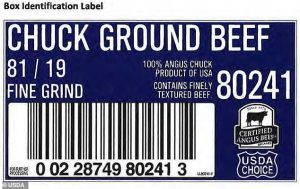 The severe issues arise when diarrhea is uncontrolled for several days. The contaminated person can become dehydrated and at that point may need hospitalization to recover.