Members of a sex gang who were arrested for sexually abusing and impregnating a 12-year-old girl reportedly shouted “Allahu Akbar” in court as they were sentenced for their crimes. The Arabic phrase translates as “God is great.”

Six men, all from Rotherham, England, were given sentences of between 10 and 20 years each that totaled more than 80 years. A judge heard in court how two young girls were sexually abused by the men. 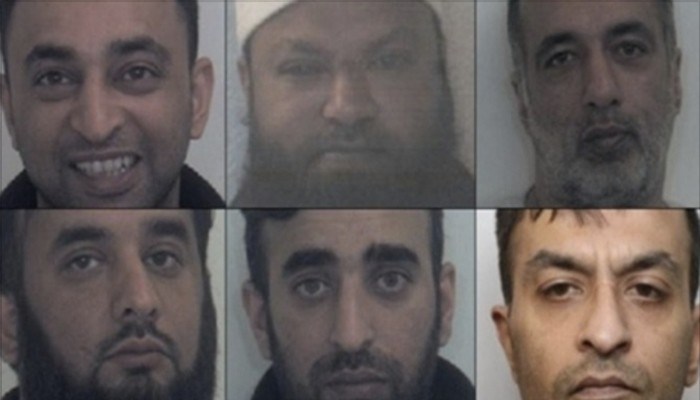 “There’s evil and truly evil people in the world,” a statement written by one of the victims reads. “I feel my child was the product of pure evil.”

The victim who wrote the statement, which was read in court, was impregnated at the age of 12. Judge Sarah Wright explained in court that the girl was groomed for sex by the men from the age of 11, when they started giving her drugs and alcohol in order to have their way with her.

The young girl’s pregnancy made news because she became one of Britain’s youngest mothers in history.

“As a result of what happened to her, her childhood and adolescence was taken from her,” Judge Wright said in court. “She remarkably transformed her life from thereon, putting her own child first. Hers is a tale of the most astonishing dedication and bravery.”

The trial was the third in a series of major trials connected to a report of child sexual exploitation in Rotherham, in which more than 1,400 children were groomed, raped and trafficked in the town over the course of 16 years. Thus far, 18 people have been jailed in connection with the crimes, totaling more than 280 years in sentences.

As the men were sentenced in Sheffield Crown Court in the latest trial, the scene became chaotic after two of them shouted “Allahu akbar” while they were led out of the courtroom. One victim screamed back at the men: “Justice is served!”

When the girl was impregnated, five men were arrested, but there were no prosecutions as the victim told police she did not know which of the men was the father of her child. Judge Wright said that she had “no hesitation” in determining that the girl had no recollection of which man was the father because the girl was heavily under the influence of drugs and alcohol.