A college professor and a violent Antifa terrorist were allowed to keep his job even after advocating for the murder of police officers, however; four simple words from a white conservative teacher branded as racist got her immediately fired from her teaching job.

A co-founder of the violent Antifa organization Smash Racism D.C at the same time a professor at John Jay College of Criminal Justice, Michael Isaacson, 29, got exposed for his campaign regarding deaths of police officers. However, Isaacson remained employed in spite of his blatant posts in social media accounts encouraging terrorist acts and violence. 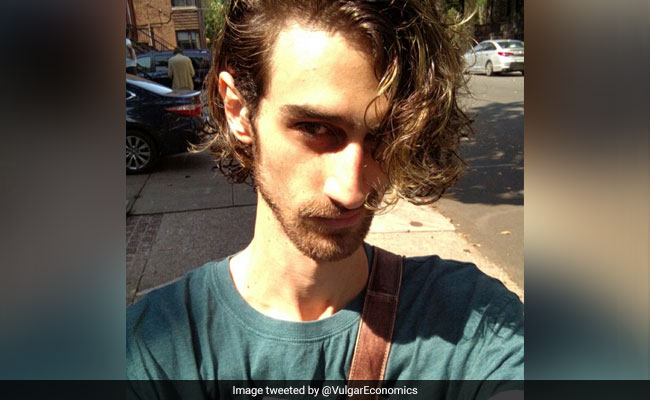 Sadly, not the same fate was experienced by Cammie Rone, a conservative Mississippi school teacher who was fired because of an innocent question ‘why black people who despise living in America don’t just move back to Africa”. Albeit no signs of threat in her Facebook post, the South Panola School District decided that no such opinion can be expressed and immediately fired her from a 2nd-grade teaching position at Batesville Intermediate School.

According to her post, ‘If blacks in this country are so offended, no one is forcing them to stay here. Why don’t they pick up and move back to Africa where they will have to work for a living. I am sure our government will pay for it! We pay for everything else,” her post stated.’

Immediately after her post was read by black parents, phone calls were made demanding her termination. Rone was then placed on an administrative leave and eventually terminated.

One parent Keboni Anderson said, ‘I don’t feel right with her teaching him. She came to me as a good person and then when I read the comment it rubbed me the wrong way.”

According to Rone, her Facebook account was eventually hacked and she has never posted opinions about racism on social media. She stressed out that her account is only for cattle and recipes and not political matters.

In her Facebook post, ‘I  think my account was hacked. I keep getting messages about racist posts, but when I go to my page, I can’t see it.” She went on to write she posts about “cows, recipes, and home improvement stuff not racism.’

However, Thornton’s opinion was different, ‘I don’t think her account was hacked. I really don’t’.

Although not agreeable to the black parents in the school, Rone’s alleged opinion is not only her right to express it but is also quite based on truth and logic. A lot of black American, albeit not all, have expressed their disgust for the country’s values and said that other countries are far better. They continue on this belief and wines about oppression which is incomparable to those who truly are under genuine oppression in other countries.

Rone’s opinion may be taken badly especially by some American-hating minorities, but it is truly incomparable to the hateful and blatant discriminatory post of Isaacson.

‘I hear their police stations catch on fire with an accelerant’, stated Isaacson in a post recommending readers to commit arson. On the 23rd and 29th of August,  he added  ‘it’s a privilege to teach future dead cops’  to his post directly telling people to ‘off the pigs’.

On previous posts, Isaacson posted tweets that the country’s people should ‘kill superior officers’ and ‘overthrow capitalism’’ which goes down to the assassination of American officials and treason. Isaacson’s account continued to boast on lots of threats even suggesting that if his former students would adopt a dissenting view, he would use a ‘blade’ to slaughter them.

Our scenario shows two different school teachers sharing their opinion receiving two different responses. While the other just plainly expressed her opinion, the other bluntly preaches his belief to teach students about murder and how to overthrow the government, however; the former was fired and the latter remained in position.