Kirsters Baish| It’s official, at the Democratic Party has begun an epic downfall as the Vice Chair of Civic Engagement and Voter Participation of the Democratic National Committee has publicly called for the repeal of the Second Amendment of our country’s Constitution.

On Tuesday, Louisiana Democratic Party Chairwoman Karen Carter Peterson tweeted a four word message along with a link to a New York Times op-ed which was written by former Supreme Court Justice John Paul Stevens. The former Justice pushed for the repeal of the Second Amendment.

“Repeal the Second Amendment,” she tweeted out. 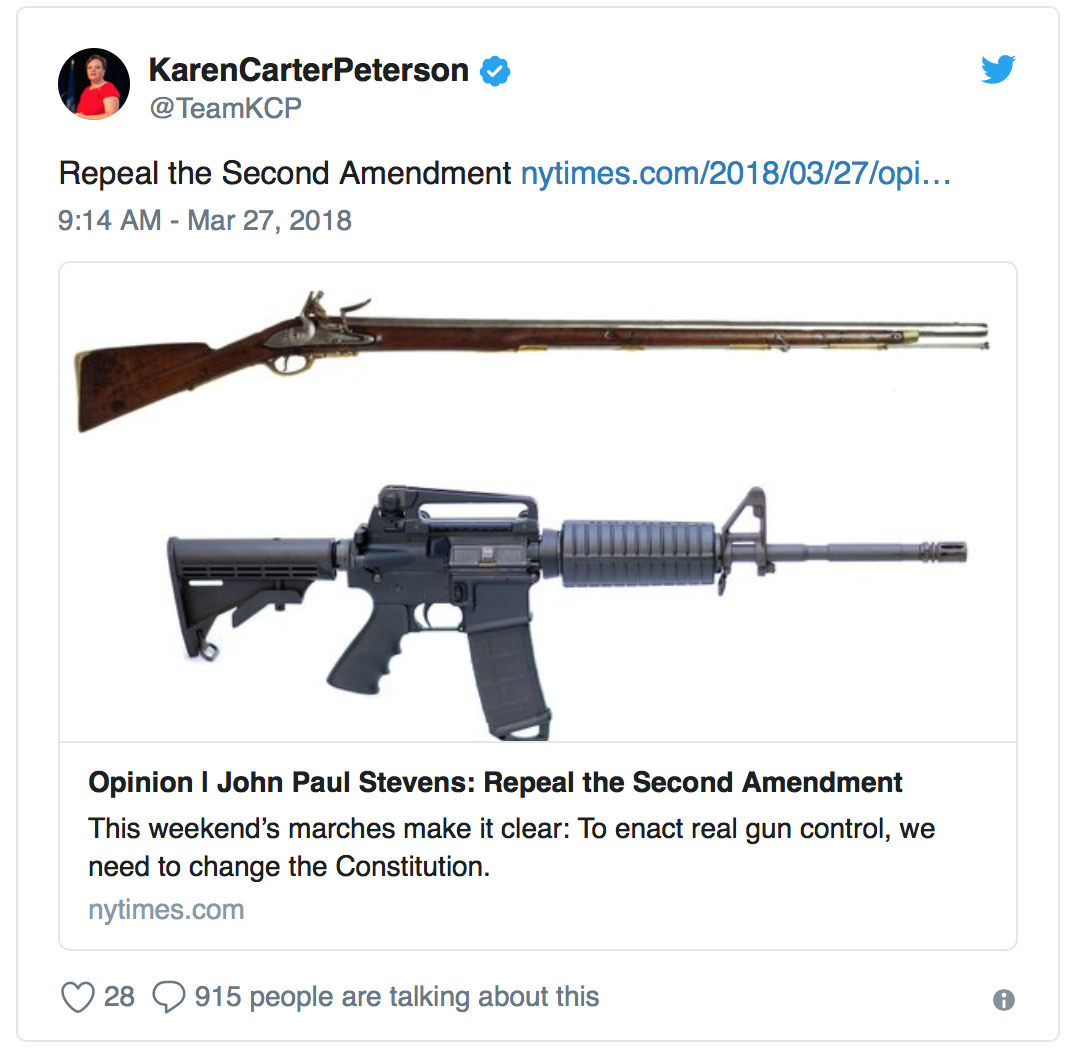 Peterson’s tweet pushed the Louisiana Democratic Party Executive Director Stephen Handwerk to run and hide. USA Today reported that Handwerk stated that the party is “a strong supporter of the Second Amendment that protects Americans’ rights to bear arms.”

Handwerk was questioned whether or not the tweet really represented the true position of the rest of the Democratic Party. He replied, “Of course not.”

Peterson currently serves as a Louisiana State Senator. Multiple news organizations asked her to talk more about her position on the matter, but the Washington Free Beacon reported that she would not comment on the issue.

Abraham stated, “I am a staunch supporter of the Second Amendment. It is a core right that’s guaranteed to us by the Constitution. I am very troubled that the head of the Louisiana Democratic Party would support something as radical as the repeal of this right that so many in our state and nation cherish and exercise lawfully.”

“Her statements should make everyone question just who the Democratic Party stands for: average Americans or the extreme left?” he explained.

Peterson’s comments ticked off a lot of Twitter users. 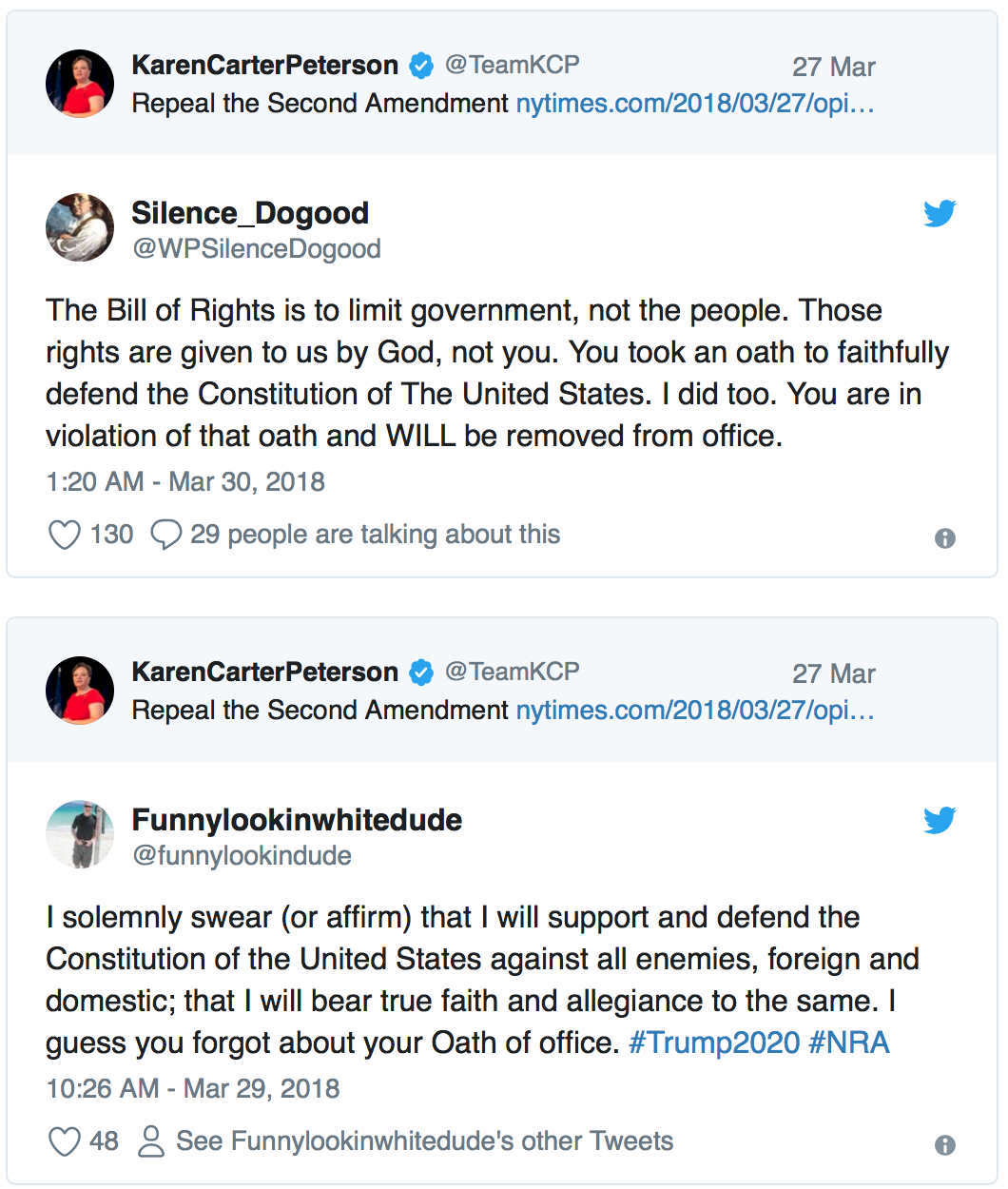 Stevens also claimed that the Second Amendment was out of date and that it should be repealed.

“Concern that a national standing army might pose a threat to the security of the separate states led to the adoption of that amendment, which provides that ‘a well regulated militia, being necessary to the security of a free state, the right of the people to keep and bear arms, shall not be infringed.’ Today that concern is a relic of the 18th century,” he claimed.