There are likely some vegans who are not trying to push their agenda on everyone else. These aren’t that kind, though. When they camped outside of a restaurant and tried to sway the minds of meat-eating customers, the chef struck back. He parked himself in the window, right in front of the protestors, and butchered and ate a deer.

“A Toronto chef, apparently exasperated at an animal rights protest outside his restaurant,” The National Post writes, “carried what appeared to be a leg of raw venison to the front windows facing the sidewalk. As the protesters watched, he took a knife and began separating the meat from the bone.”

[Scroll Down For Video]

The protestors, horrified by the exhibition, narrated a video that was posted to social media. 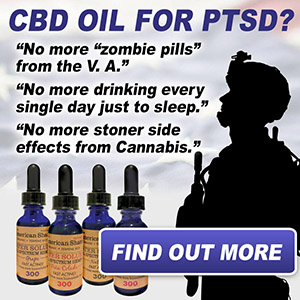 “To taunt the activists,” said a man, “he has brought the leg of a recently murdered deer to this dining area.”

Michael Hunter, the chef and owner of Antler Kitchen and Bar,was well within his rights. Police reportedly entered the building and spoke with him, but didn’t step in to stop the display.

“It’s his restaurant he can do what he wants, really,” Sgt. Philip Townley said.

After butchering the deer leg, he went back to the kitchen. Later, he came back with venison, cooked, and sat in the window again as he ate it.

“It shocked me,” said protest organizer Marni Ugar. “It made me feel really sad. For me it’s just an animal and it’s an animal that didn’t want to die.”

“Ugar didn’t know what to make of it,” NP writes. “She couldn’t tell whether her string of regular protests had finally taken its toll on the chef. It was about the fifth time protesters had gathered outside Antler on Dundas Street West, chanting slogans like ‘Antler has blood on their hands’ and holding signs that say Murder.”

“We were obviously getting to…