WASHINGTON — (Scroll Down For Video) — Police in Tempe, Arizona have released dashcam and interior video showing the fatal collision of an Uber vehicle and a pedestrian that occurred on Sunday.

The Uber vehicle was part of the company’s self-driving fleet of vehicles. The victim, identified as 49-year-old Elaine Herzberg, was walking her bicycle across the street outside of a crosswalk when she was struck, police said.

The ‘driver’ of the car was a convicted felon who served almost four years in prison on an attempted armed robbery charge, according to court records. Rafaela Vasquez, 44, was released from prison in 2005.

The vehicle was in “autonomous mode at the time of the collision, with a vehicle operator behind the wheel,” Tempe police said.

The NTSB’s investigation will address the vehicle’s interaction with the environment, other vehicles and vulnerable road users such as pedestrians and bicyclists.

The team will consist of Investigator-in-Charge Jennifer Morrison and three investigators who will examine vehicle factors, human performance and electronic recorders.

Uber said in a brief statement, “Our hearts go out to the victim’s family. We are fully cooperating with [law enforcement] in their investigation of this incident.” 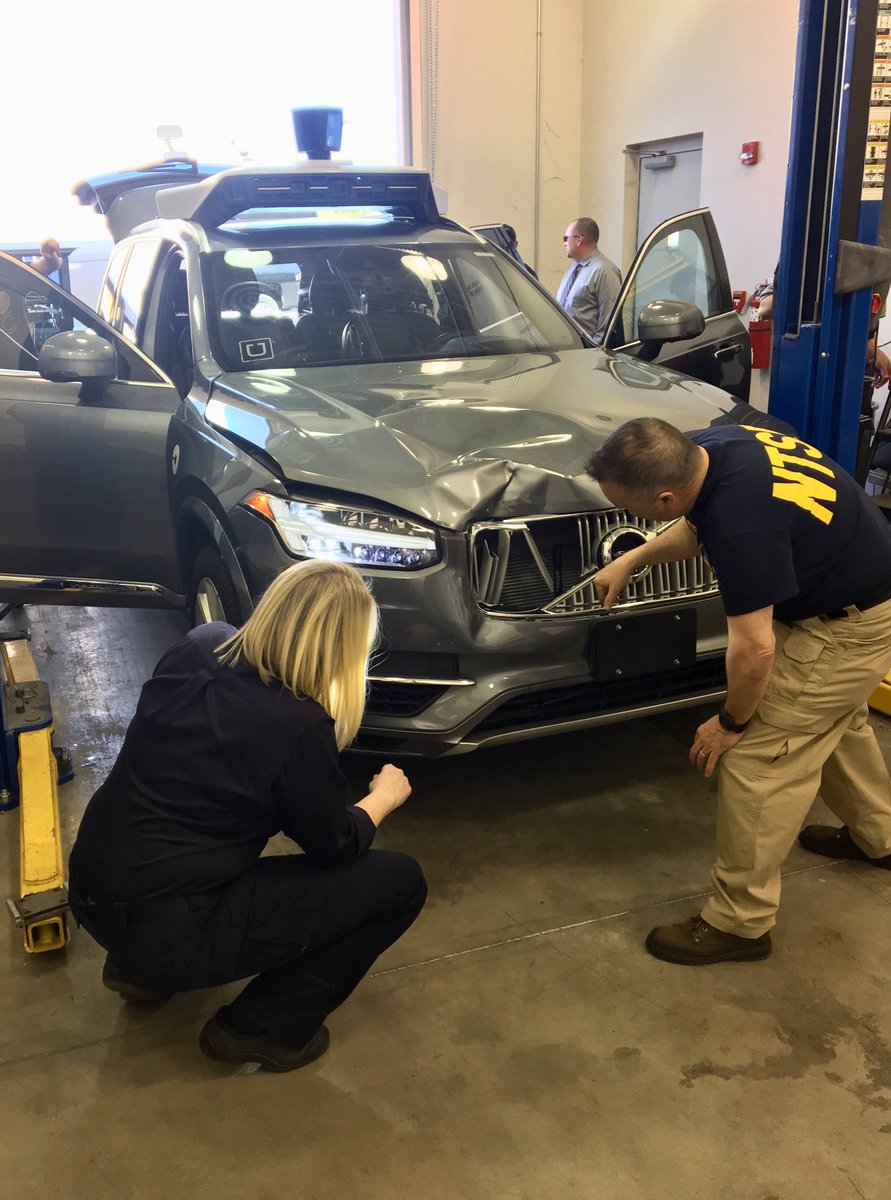 Our hearts go out to the victim’s family. We’re fully cooperating with @TempePolice and local authorities as they investigate this incident.