This may have resulted in lives being saved as the weapon malfunctioned causing the shooter to throw it away at least that is what they are claiming.

The gunman used only 10-round magazines.

The Parkland shooter did not use magazines larger than 10 rounds, but gun-reform lobbyists are calling on lawmakers to ban higher-capacity magazines after the Valentine’s Day tragedy.

The 19-year-old school shooter who killed 17 in Florida on Valentine’s Day had 150 rounds of ammunition in 10-round magazines. Larger ones would not fit in his bag, Florida state senator Lauren Book revealed.
His AR-15 reportedly jammed as he attempted to continue his killing spree inside his former school last month. 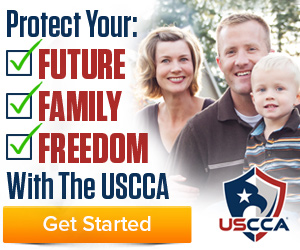 An official briefed on the shooting investigation tells @CBSMiami the carnage could have been far worse. Investigators believe self-confessed gunman Nikolas Cruz planned on using a vantage point on the third-floor stairwell on the west side of the building to shoot at students…

After his gun jammed, the shooter threw it away and successfully blended into a crowd of students trying to escape the building, according to three sources close to the investigation.

Critics of high-capacity magazines have pointed to the shooting as an example of how they enable killing and ought to be banned, but the Parkland shooter used only smaller magazines.

Senator Marco Rubio (R., Fla.) hinted at a CNN town hall last week that the weapon may have malfunctioned, saying “three or four people may be alive today” because of something that happened during the shooting. Rubio has reconsidered his stance on whether high-capacity magazines should remain legal after the shooting, even though they are…