CHILLING MESSAGE FROM THIS NEW EPIDEMIC HAS THE NEW YORK POLICE DEPARTMENT AND THE FBI ON ALERT. HERE IS WHAT YOU NEED TO KNOW.

The New York Police Department released a statement ensuring the public that they are aware of the photos circulating through social media. The photos in question show ISIS supporters or sympathizers displaying the ISIS emblem in selfies during broad daylight. One ‘selfie’  reads “we are in your backyard” a stark reminder that the very freedoms we value are and ISIS members hate is being used to terrorize some and possibly recruit others.
The FBI is now involved in the investigation into locating the people in these ‘selfies’ and will likely use the surrounding surveillance cameras to find these perpetrators and bring them to justice. In the meantime, we urge the everyone to take extra precaution and to remain vigilant in reporting any suspicious activity to local law enforcement. 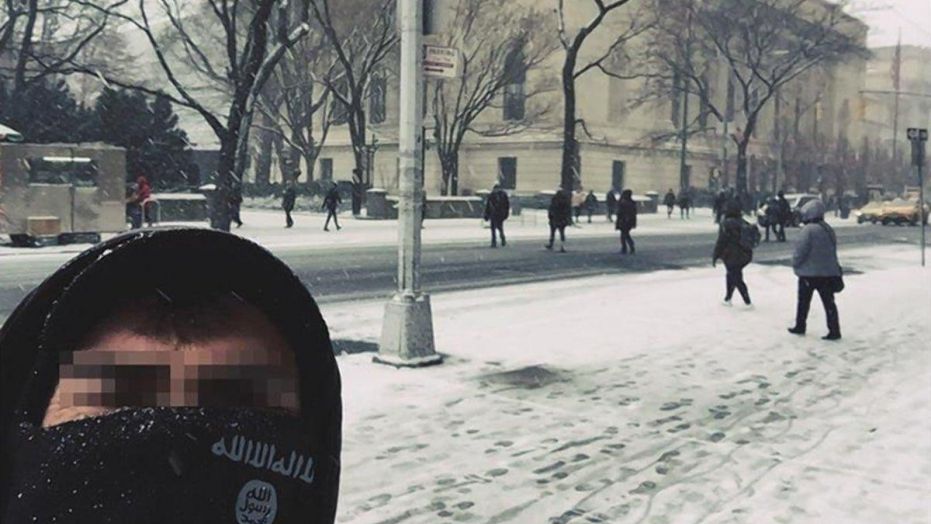 #BREAKING: ISIS releases a photo of what appears to be one of their supporters in front of New York’s Metropolitan Museum. #CBNNews

AS REPORTED BY ERIK ROSALES WITH CBN.

WASHINGTON – The New York Police Department and the FBI are investigating images on social media of what appears to be ISIS supporters taking selfies outside museums and other locations around New York as a warning of a possible attack.

The photo shows a masked and hooded man with the ISIS logo on his scarf, standing on a snow-covered sidewalk outside the Upper East Side museum. The caption under it reads, “We are in your own Backyard O worshippers of the cross!”

The image is being used to recruit, radicalize, and inspire lone wolf attacks in New York.

Eric Feinberg is the co-founder of GIPEC, a cyber-intelligence firm that keeps track of online terrorism-related hashtags.

Feinberg said the photos and others like them are meant to sow fear and to embolden potential lone wolf terrorists into taking action.