As ISIS and the rest of the radical Islamic world continues to spew their Christmas-themed threats, an incident in Pennsylvania is getting a closer look by authorities.

On Friday, a Pennsylvania man who had recently returned from a trip to the Middle East opened fire in the vicinity of the Pennsylvania capital.  Ahmed Aminamin El-Mofty was apparently targeting police officers in his rampage, taking aim at several different individuals, thankfully striking only one of his targets who is expected to make a full recovery.

El-Mofty was killed in his third and final theatre of rage, leaving behind no known note or explanation for his crimes.  This had led authorities to further examine the attacker’s recent trips to the Middle East given the region’s reputation as a hotbed for terrorism.

“Federal authorities are investigating after a Pennsylvania man with ties to the Middle East opened fire on police officers in three different locations in the state’s capital on Friday afternoon. Dauphin County District Attorney Ed Marsico said it remains under investigation whether the shootings were acts of terror.

“‘This could’ve been a really tragic incident with this individual firing many shots at police cars in downtown Harrisburg in the midst of rush hour traffic on Friday afternoon, and then coming up here in a residential neighborhood and firing again many shots.’

“When asked about specific ties to terrorism, Marsico said an investigation would reveal that information and cautioned, ‘We don’t want people to run wild with speculation.’”

There are no shortage of threats to America this holiday season, and the radical Islamic terror cabal known as ISIS is now adding to the list.

ISIS has been running rampant in Europe over the course of the last few years, thanks in no small part to the European Union’s bizarre and foolish open border policy stemming from the Syrian refugee crisis.  In allowing an inordinate amount of “asylum seekers” to infiltrate the continent in record time, EU member nations have had very little time to vet and investigate these migrants, allowing caliphate organizations such as ISIS nearly unfettered access to the Euro land mass.

This has created a massive uptick in terror incidents in the EU, with Germany, France, and England suffering a brunt of the violence.

Now, however, ISIS is claiming to be preparing to attack the United States and Christianity as a whole in Christmas themed attacks on New York City.  One propaganda poster even claims that the man himself, Santa Claus, may be involved.

“An ISIS supporter released on the group’s social media haunts a poster of Santa Claus overlooking Times Square with a case of dynamite at his side.

“In the image, the New York streets are filled with pedestrians at nighttime and Santa carries a bulky red sack. 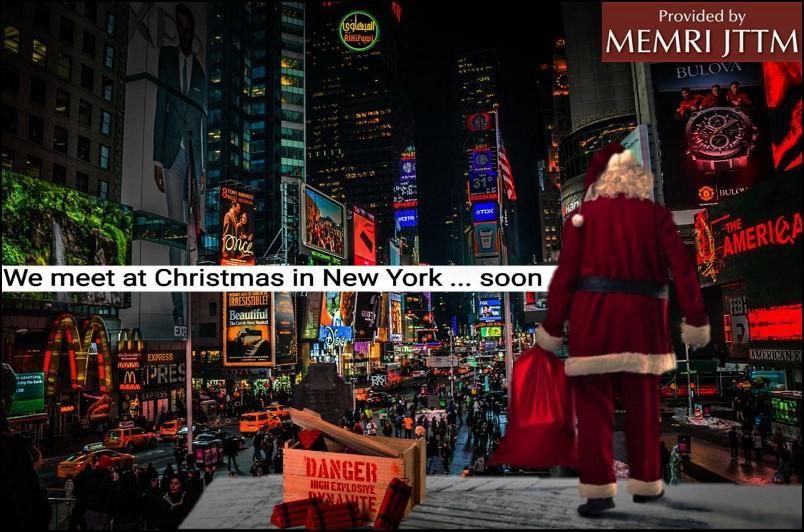 “‘We meet at Christmas in New York… soon,’ reads the text on the image.

“It follows propaganda posters making holiday threats toward Europe, with a hand holding a bloody knife before a market in the neighborhood of the Eiffel Tower and a black-clad jihadist standing over Santa on London’s Regent Street. 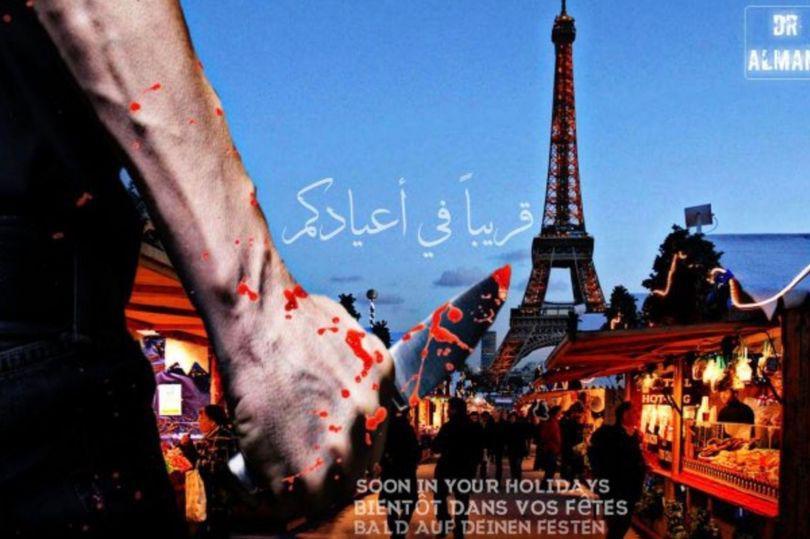 “The threat also comes as the ISIS-supporting Wafa’ Media Foundation has released numerous threats against the holiday and against the Vatican. In a message to fellow jihadists last week, the group noted that ‘the crusaders’ feast is approaching.’” 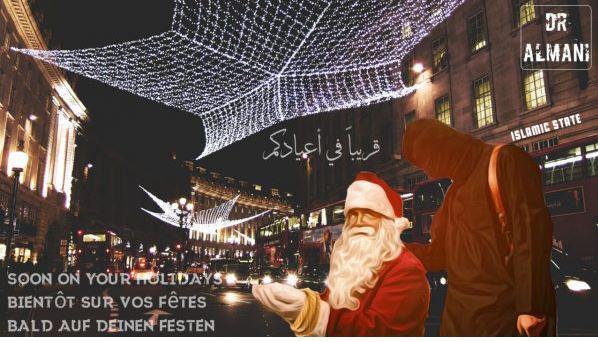 This image comes on the heels of ISIS releasing a number of threats specifically targeting The Vatican, galvanizing the radical Muslim organization’s jihad against the Christian faith.

The specificity of targeting New York City is nothing new for middle easter terror outfits.  While their ultimate goal is the complete eradication of the Christian world, in the meantime, ISIS and others have settled for attacking the symbolism of western culture.  Times Square during the holiday season would certainly achieve that.