A mother who is recovering from heroin addiction shared photos of herself before she quit the drug, in order to warn others of the dangers of addiction. 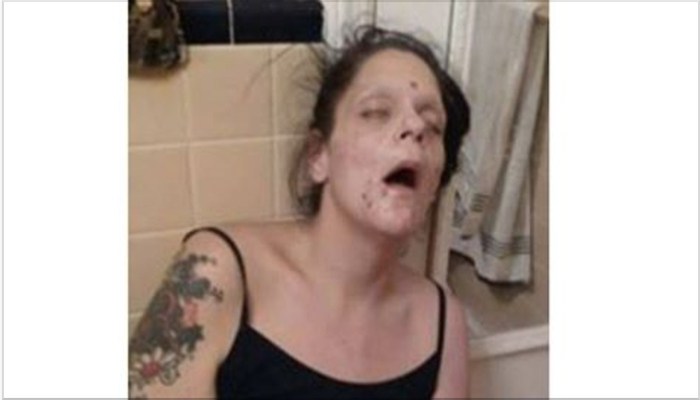 Melissa Lee Matos has now been clean for a year and five months but wanted to share the photos of herself of what she says is her lowest point to demonstrate why people shouldn’t take drugs.

I was SICK. I was DYING. I was so far gone I thought I could NEVER recover. I was so lost I couldn’t imagine a life without using. I just wanted to die. I didn’t realise I was hardly alive.”

“If you are currently in active addiction, this is my plea to you. Look at these pictures. Images of a dead girl. A needle junkie with a habit so fierce she spent days and nights in a self induced coma on her bathroom floor.

A girl who would spend every cent on dope and forget she had kids to feed and take care of. A girl who lost every single thing she ever had. A girl who was so sick she thought she would never ever find a way out, until she did.

If you are reading this and are going through the same pain I did, I am begging you to reach out.

I died more than once. I have now found life. I promise you, there is HOPE. There is recovery. There is freedom and serenity and you are worthy of it.”

The brave post has now gone viral, with over 45,000 people sharing Melissa’s story.

Melissa, who invited other struggling addicts to get in touch with her for help, explained she decided to post the photos because she “has friends who need to see this”.

She said she received over 100 messages asking for support after posting her story.