The challenge has seen thousands of people post selfies to show whether they can touch their belly button by reaching around their backs.

A new craze involving a simple test to show how good your figure really is has taken China by storm.

Since, the ‘belly button challenge’ has received more the 130 million hits and is now the number one trending topic on Weibo, the Chinese version of Twitter. 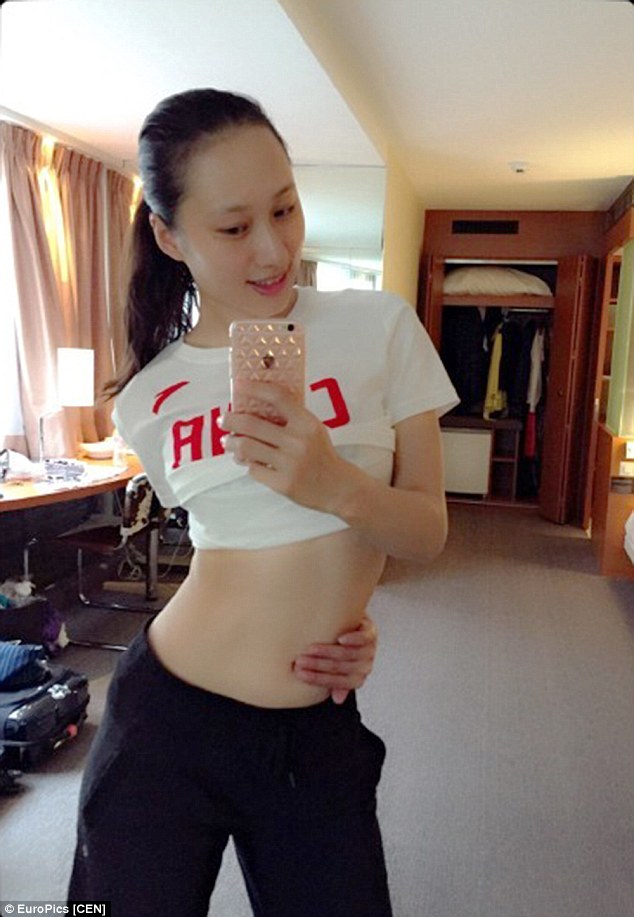 Chinese celebrities, including actresses Yang Mi, Zhang Jiani and Huo Siyan, have also got in on the act.

The challenge post claims that if you can complete the challenge, it proves you have a good body, but if you cannot, you need to lose weight.

Web users claim they have learned the conclusion from a ‘scientific study from US’.

And it’s not just women with tiny waists jumping on board the trend.

One selfie of a man with a beer belly successfully completing the challenge has gone viral in China.

Experts say that the challenge does not necessarily mean that you have a super-fit body, but that you have long arms or are very flexible.

One fitness instructor said that he could not do the challenge.

Xie Wei from Nanjing in eastern China told People’s Daily Online: ‘I can’t do it either. There are three factors for achieving it. 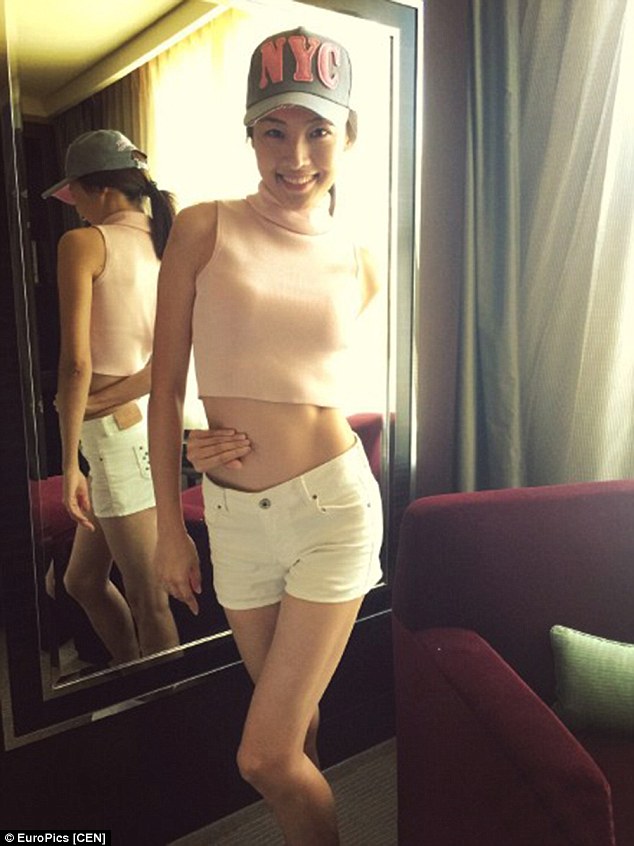 ‘The first is the person is thin, the second is having long arms, and the third is having good flexibility.’

‘Apart from doing stretching exercises regularly those who can successfully do this challenge are people who are very slim with very small waists.’

He suggested that those who worked hard on developing their six-pack would find the challenge harder.

The original challenge post points to research by US scientists that suggests women who can complete the test have good bodies.

The research referred to has not yet been identified.

Experts have said there is no real correlation between the two and the best thing to do to maintain a healthy figure is to exercise regularly.

This article originally appeared on Daily Mail and was written by Emily Chan.