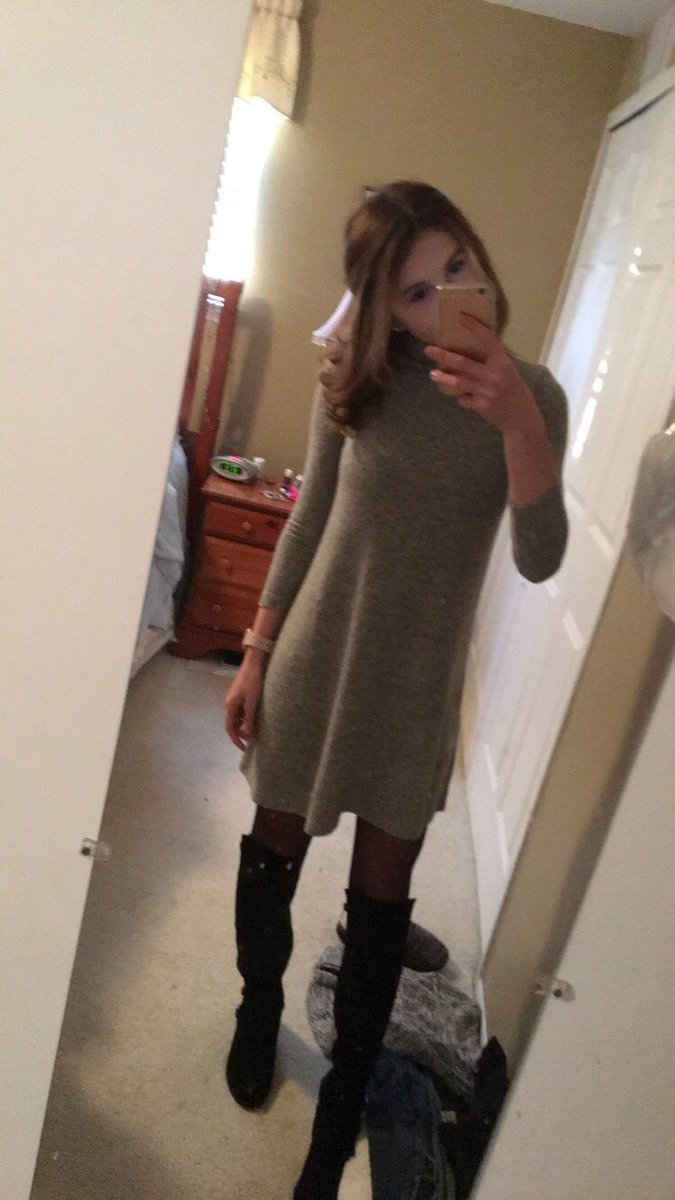 But that’s what happened last week when Erin McGovern, a junior at Riverview Community High School in Riverview, Michigan, dared to bare her entire face and wrists by wearing a long-sleeve turtleneck dress, tights, and knee-high boots to school. She was sent home, because apparently her outfit did not adhere to the school’s strict dress code, which states: “all skirts/short/Capri pants must fall at or below the knees.”

McGovern tweeted out this pic of the offending outfit:

hey everyone i would just like to show u what i got sent home for wearing 🙂 a turtle neck dress 🙂 what the fuck 🙂 pic.twitter.com/TvOYH8dBtT

She also pointed out that this is an outfit she usually wears to Church.

@erinmcgovern11 i wear this to church btw but i guess it’s too provocative for me to wear at school ?

If God is cool with it, why not her high school?

Tons of students sided with Erin, tweeting their support of her school-acceptable outfit choice:

was your wrist distracting the boys from learning??? dress code rules are such bs 99% of the time https://t.co/xuOlxTQ3El

Strict dress codes like this are not uncommon. But they often set different standards for female and male students. In an interview with FreshU, McGovern said:

I think the schools dress code is unfair because I see boys who wear shorts that go down the same length as my dress did. I know my school has a really strict dress code but I didn’t think they’d actually send me home for what I was wearing because it was so conservative.

Alexa Foggia, a junior at Riverview and a friend of Erin’s, also called out the dress code for being sexist. She told FreshU:

Girls get sent home everyday for dress code and it’s so sexist. The main argument from my school is that it’s too distracting for the boys. Instead of teaching girls to coverup and blaming them for wearing what they want, we should teach boys to have some self-control.”