Food stamps and similar programs help millions of people across America get the food they need to make sure their families eat well. When it comes to getting food on the tables of needy Americans, EBT and other food stamp programs offer a tremendous help. In recent years, stricter regulations have been put on these programs including work requirements and drug tests making sure only the truly deserving obtain the service.

But recently, one shopper was stunned when he found a receipt crumbled up on the ground. He picked it up and took a look. That’s when he noticed a shocking sight. The food stamp recipient had a huge balance available for grocery purchases. This must be some kind of mistake…

After an EBT participant carelessly dropped the receipt on the ground, the nosey shopper picked it up and stole a look at the details on it. The person immediately noticed the $38.85 bill for groceries which was normal enough.

But right below that the EBT food balance was listed as $5583.42. That means the food stamps recipient could spent nearly $5,600 on food at the taxpayer’s expense…

As you know, none of the money used to buy grocery on food stamps comes out of the recipient’s pocket. The taxpayer is the one footing the bill.

The shopper had purchased their food at the Save a Lot in Liberty, Kentucky. Some people now say they’re moving to Kentucky is the government supports it’s poor like that.

It is well known and documented that some welfare balances can be shockingly high. Sometimes people get up to $10,000 to spend on necessary things.

“When you first told me about it, I was surprised. I’ve been involved with this for years and I had no idea why they would have balances of those size,” Joele Potts, of the Ohio Job and Family Services Directors Association, told WBNS.

Fortunately, most people who rely on government support are honest and hard-working people who just need a leg up in life. They’re usually down on their luck and programs like food stamps help keep them going.

“What we found in general is these are people being extremely frugal,” Potts said.

There is an eligibility formula that determines how much each food stamps recipient will receive from the government. Factors like number of child and whether or not the recipient is married vary how much money the taxpayer hands over to the qualified person. 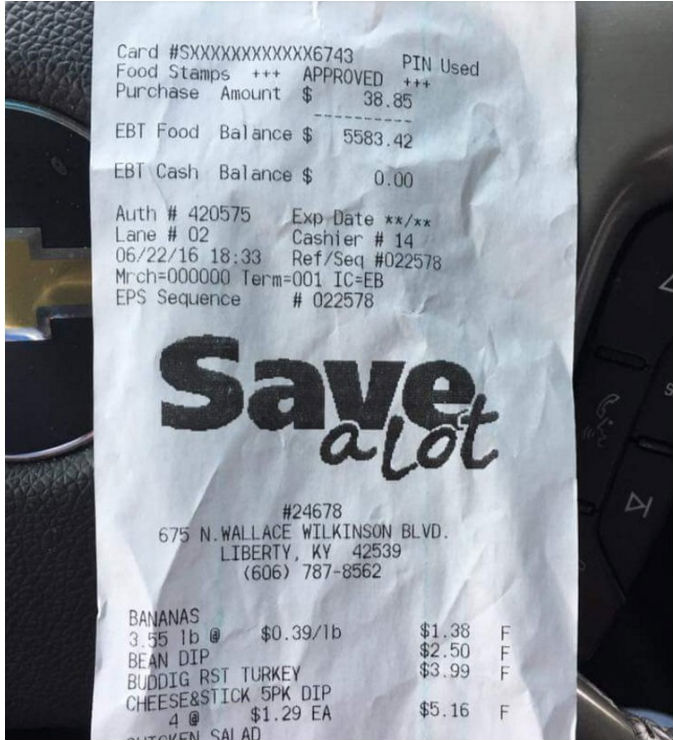