Hillary Clinton says she was running down the stairs in high heels, fell and broke her toe.  I think she was running around the hotel wearing a lampshade with a bottle of Bacardi 151 and fell up the stairs.  Considering her honesty, my version might be closer to the truth.  She was supposed to appear on two British TV shows to plug her book but was unable to make it.  Maybe she had a seizure, fell but didn’t happen to have a handy van close enough to catch her.

‘I tried to get up and it really hurt. I’ve broken my toe.’

Clinton, 69, has been in the UK promoting her memoirs, What Happened, which documents her shock defeat in the 2016 presidential election.

This Morning host Philip Schofield said on Snapchat: ‘Supposed to be interviewing Hillary Clinton… but she’s fallen over and hurt her foot!! Gutted.’

Host Jane Garvey, on Women’s Hour today, told listeners initially that her star guest was delayed, but then posted on Twitter: ‘I’d read the book and everything. Apologies.’

Clinton underwent an x-ray this afternoon before deciding to appear on Norton’s chat show.

Clinton, whose campaign to defeat Donald Trump last year saw her stumble and needing help from aides, had spent the weekend undergoing several publicity dates as well as receiving an honorary degree from Swansea University.

Trump alluded to her alleged issues with stamina at several points during the campaign.

During the campaign she was pictured with alcohol on a regular basis and since has admitted to be having an affair with vodka.

She was later interviewed by James Naughtie at the Royal Festival Hall in front of an audience of 3000 people, receiving two standing ovations.

At the South Bank Centre in London, Clinton told the audience she believed Trump was a sex offender and that she felt she had been a champion of women’s rights in her career.

‘I was part of a revolution for women’s rights that’s began in the Sixties with real intensity. I became a leader of that movement.’

In between she was joined by her confidant and aide Huma Abedin, who she collected from the Claridges Hotel. 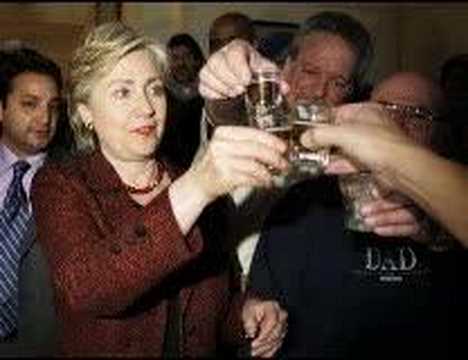 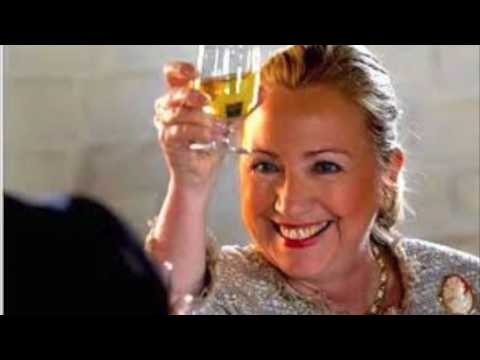