Amidst the chaos in Vegas last night, one man at the concert scanned the area and flipped the bird at the Mandalay Bay gunman while shots rained down on with his automatic rifle on the audience around him.

Clutching a can of beer, the unnamed man can be seen standing up searching for the source of the gunfire – while everyone else takes cover. 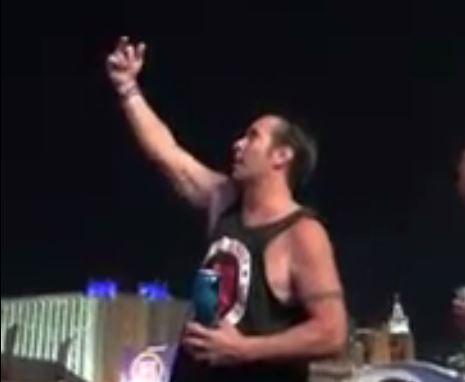 The gunman killed 50 people and wounded hundreds more when he opened fire on a country music concert in Vegas on Sunday in the deadliest mass shooting in modern US history.

In extraordinary footage, the concert goer can be seen peering up at the Mandalay Bay hotel amid screams of terror. 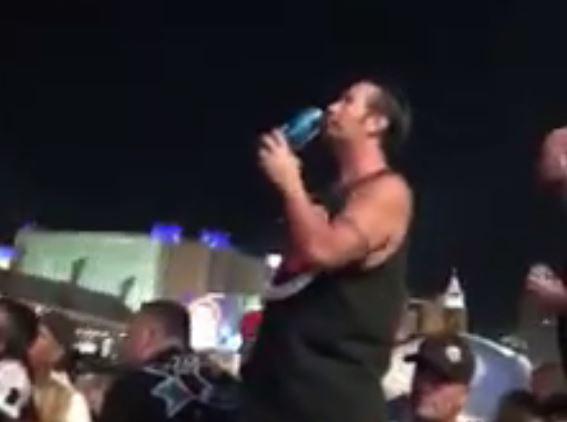 The crackling noise of automatic fire can be heard but because of the echo, it is unclear where it is coming from, leading to confusion about where to safely run to.

Meanwhile, as the man continues to stand up and look for the shooter another person begs him to “get the f*** down”.

The brave concert goer does not heed the advice and continues to scan the area.

But once he appears to locate the gunman he flips his middle finger in his direction.

And only after this defiant gesture does he finally takes cover.