Reports said that the 32-year-old homeowner, who has not been identified or arrested, noticed voices coming from his back yard just before 8 p.m. Tuesday. He felt that there is something wrong going on outside so he grabbed his gun before opening his back door to investigate.

A LaPlace homeowner in Louisiana shot and killed the intruder who tried to assault him at his home Tuesday night. 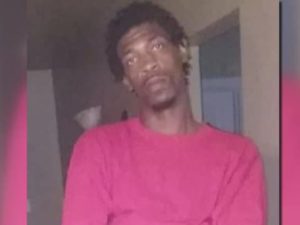 
According to Sheriff Mike Tregre, the homeowner was instantly assaulted by Ferrygood who apparently went by the nickname “Muscle Milk.”

Deputies from the St. John Sheriff’s Department responded to an emergency call in the 3000 block of Cambridge Drive in LaPlace, where they found an armed homeowner and 27-year-old Kalvin Ferrygood, who was laying on the ground in a pool of his own blood.

Deputies confirmed that the homeowner’s statement and surveillance video prove that the punk brought tragedy on himself. And any protective homeowner would have done the same after what Ferrygood try to pull.

“The homeowner was not arrested based on statements of the homeowner, a witness, and physical and video evidence,” the sheriff’s office said. Adding that the victim fired his gun multiple times hitting Ferrygood once in the abdomen dropping him to the ground.

This was probably the most self-reflective moment Ferrygood had in a long time. Paramedics immediately transported to a New Orleans hospital, where he died of his gunshot wound.

“The subject just rushed into him, trying to force his way in,” Tregre said. “The home owner opened fire, striking the intruder, which is obviously a self-defense.”

Deputies are searching for another suspect who they believe was in the back yard with Ferrygood before they were discovered by the homeowner.

On the other hand, Ferrygood’s family shows up on the mainstream media to tell everyone what a good guy he was even if deputies proved the innocence of the homeowner. According to posts on Facebook from one of Ferrygood’s relatives, who identified herself as his niece, he was “just trying to get himself together.”