Hip hop artist XXXTentacion released a five minute revolting  video for his latest track “Look At Me!” yesterday and has already been blasted on social media for the “outrageous” video.

Rapper XXXTentacion, whose name alone is ridiculous, just released his music video for his song called Look At Me, and it is going viral for all the wrong reasons as it quickly sparks public outrage. The revolting video is five minutes of boorish behavior that is extremely hard on the eyes and heart.

The Florida rapper, born Jahseh Dwayne Onfroy, can then be seen slipping the noose over the white boy’s head. 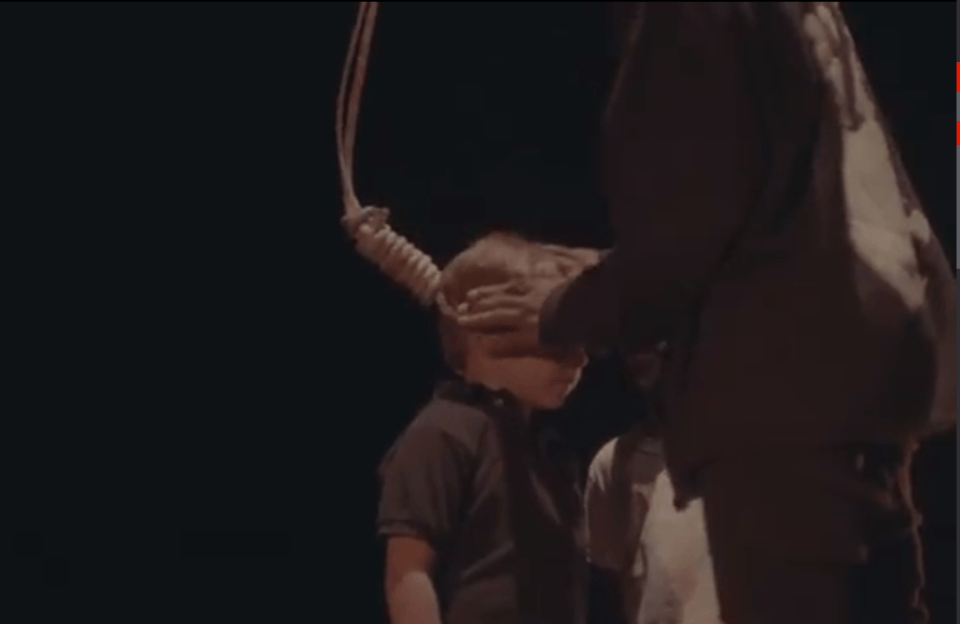 The inappropriate music video starts with initiating a riot inside a classroom, where the students beat up a white teacher while rapping disturbing details about the assault, but the repulsive acts don’t stop there.

Next, he touches on police brutality that BLM activists love to preach about, wrongfully assuming it happens all the time. The video rails against police shootings of black men in America, one of the BLM’s favorite things to claim that they are the victims of. His nearly incoherent, rambling lines say:

Murder ops Killing sh*t
I’d enjoy the thrill of it
Bath in blood of officers
Different corpses, offing them
Auction them
Don’t you bark at them
Murder them

Paul Joseph Watson from Infowars breaks down parts of the video, describing more of the fake victimization of blacks seen in the video. When the rapper is seen hanging from a tree while he makes references to the murders and beatings of Emmett Till, Philando Castile, Rodney King, as well as the recent violence in Charlottesville, we can’t help but realize he left out all the other victims who weren’t black, which is no surprise.

The most sickening part of the video is the scene where he cuts to two children in a theater, one black and one white, who are being led towards a noose. The rapper puts the noose over the white boys head then walks over to the other end of the rope, pulls it, and hangs him. We then see the poor white boy withering with trembling, dangling feet as the black boy looks up at him staring.

The video has sparked outrage on Twitter with users branding the clip “hateful”.

Amazingly, the video has not been demonetized by Google-owned YouTube, The Gateway Pundit reports. If the roles were reversed and a white person was hanging a black kid, we can not even imagine what liberals would do. The video would be banned immediately, there would be riots and outrage, and Lord only knows what else.

We wouldn’t even know where to start if we wanted to count the number of issues there are with this video. XXXTentacion’s irresponsible decision behind the violent actions he depicts in his video has only just begun upsetting people. Complaints on the internet range from questions on where the parents are of the poor white boy that was cast in the video to moral and legal obligations of those promoting and allowing such a video.

The racism and hate depicted in the video are beyond vile, but it will never get addressed by the liberal mainstream media because of their sick, twisted mindset. The escalation in racism is solely through the bias of the left and Democrats who have continued the false narrative, depicting whites and cops as the problem while all others are a protected class. The double standard in regards to liberal behavior is officially out of control. When is enough, enough? This sick and disgusting video only makes us sadder for our country’s future, and it’s time to denounce racism in all forms. That includes obvious racism against whites, such as this.