A New Jersey man has bravely invited the cameras in as a surgeon works on his painful feet, sanding down his “croissant-like” toenails and treating a fungus that has left his skin flaking off in sheets.

David said he stopped looking after himself when his beloved mother died and that’s when his feet turned into a “train wreck”. 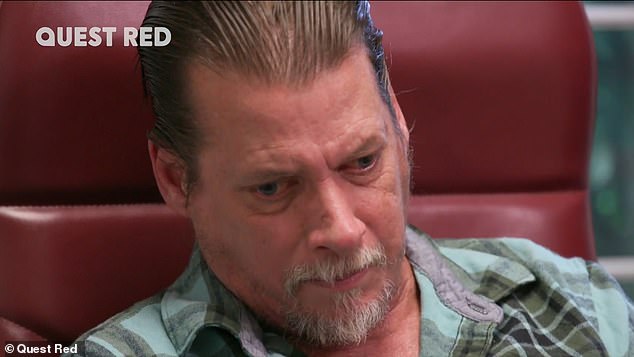 David had been struggling to walk properly ever since developing a foot and nail fungus five years ago, but desperate to turn his life around, he sought the help of foot and ankle surgeon Dr. Brad Schaeffer. His story is featured on an episode of My Feet Are Killing Me, which screens on UK digital television channel Quest Red, and was reported by the Daily Mail.

“When I removed David’s socks, there was just flakes and flakes coming off of his feet,” Dr. Brad recalled.

Graphic scenes then showed David wincing as Dr. Brad took off his socks. His toenails had become overgrown and twisted and the skin all around the foot was dry, dusty, and flaked off in sheets.

“My feet are just a train wreck, and I’m embarrassed about it,” he said. 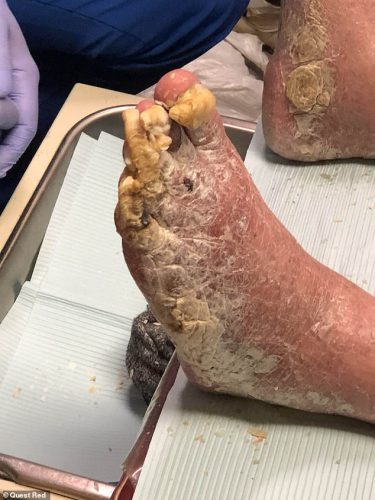 “I’ve seen bad cases, but this is the worst case of toenail fungus that I have seen,” the doctor told him.

“David’s nails were so long that they were curling on top of each other, almost bridging together. His skin was flaking off, you could literally take little pieces of it off. It looked like a croissant,” he added to the camera.

According to David, the fungus struck him while he was at a low point in his life. He had just lost his beloved mother, so he fell into a depression and stopped taking care of himself. The fungus grew worse, and soon his feet were deteriorating.

“Losing my mother, that just killed me,” David admitted. “She was wonderful.”

David also struggles to put his shoes on and off. Not only is it painful, but his toenails simply get in the way. 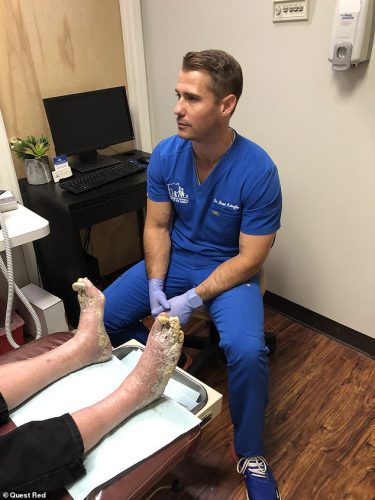 “I just hope you didn’t have a big breakfast today. Man, you’re in a for a shocker!” foot and ankle surgeon Brad said.

“David’s nails were so long that they were curling on top of each other, almost bridging together. His skin was flaking off, you could literally take little pieces of it off. It looked like a croissant.” 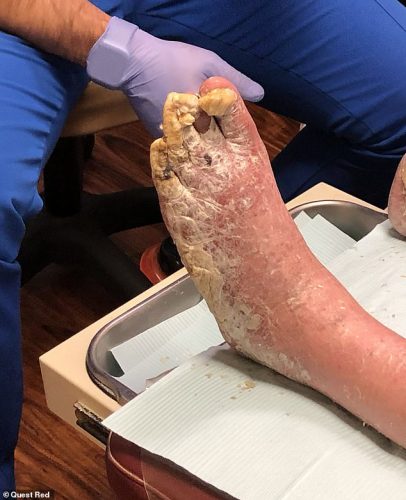 Complicating treatment is the fact that David has haemophilia, an inherited disorder that prevents blood from clotting properly.

Undeterred, Dr Schaeffer clips his toenails and sands them down with an electric nail file — during a harrowing and clearly painful procedure — as David screams in agony.

At the end though, he is able to walk away, even wearing a brand new pair of shoes.