Pit bull attacks and bites have a poor record as being deadly.

Pit bulls have been despised and feared by many members of the public for as long as we can remember. Pit bulls have a reputation for consistently exhibiting aggressive and unpredictable behavior due to stereotyping, which is largely accepted by society and the media.

Over the years, numerous frightening pit bull attacks on other dogs or people have hit the news, further solidifying the notion that pit bulls are violent. In some estimates, pit bulls account for only 6% of dogs in the United States yet have been involved in 68% of dog attacks since 1982. Pit bull bites are the leading cause of dog bite fatalities, according to a different CDC investigation on the subject.

Alarmingly, multiple sources suggest that children are most at risk for pit bull attacks. A recent report by the American Animal Hospital Association states that pit bulls are “responsible for the highest percentage of reported bites across all studies (22.5%), followed by mixed breeds (21.2%), and German shepherds (17.8%).'”

As I’ve read numerous news reports over the years about pit bulls that, after living a beautiful life, suddenly snapped and turned on their owner with disastrous consequences. When these attacks are reported, it’s frequently claimed that the dog attacked without warning and without provocation.

Pit bull attacks can cause a lot of damage due to their size, strength, and determination. Pit bulls also have an incredibly strong jaw that allows them to clamp down on their target, leading many victims of pit bull bites to say the dog would not let go. Therefore, pit bull attacks may be reported more often because victims are more severely injured and need medical help.

A pack of four pit bulls attacked the two cousins, Isabella George, 19, and Rebkah Forgey, 20 when they were jogging on a farm road in Carroll County, Indiana when four pit bulls reportedly sprang from an unkempt, tree-lined property. The girls tried to run, however, they weren’t fast enough, and the vicious animals outran them. 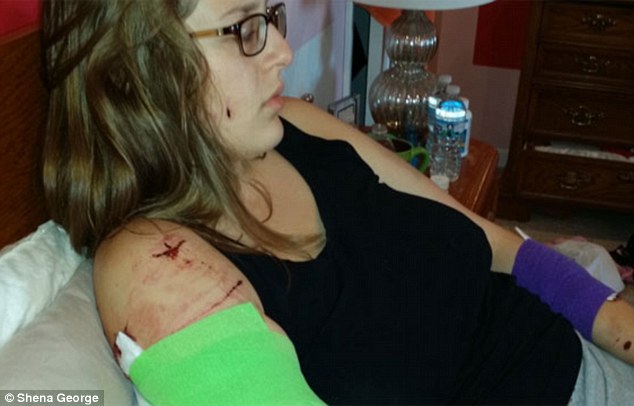 The vicious dogs tore mercilessly at the flesh of George and Forgey as they fell to the ground. The pit bull attack was described by police as a 30-minute “feeding frenzy.” 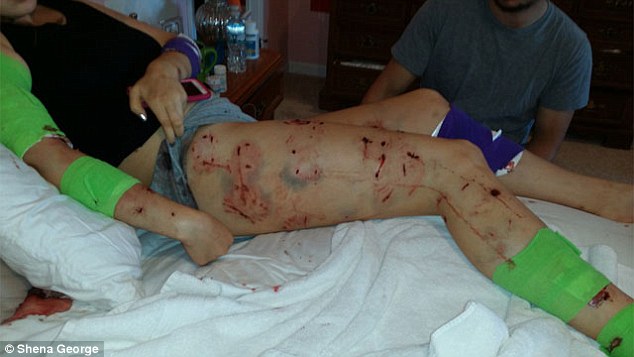 Rebekah Forgery, the cousin who was injured the most, with catastrophic damage to 75% of her scalp. The muscle in her legs was also torn. Meanwhile, Isabella George suffered what has been described as puncture wounds from head to toe.

The dogs’ owner Rick Darter then 50-year-old Richard Darter appeared and tried to intervene but he was bitten as well.

Eventually, a passing woman pulled her truck into the field and was able to scare the dogs, take the victims into her car, and drive them to the hospital.

Police said that this is not the first time the pit bulls have attacked someone, Carroll County Sheriff Toby Leazenby says the incident warrants criminal charges against the owner, Darter.

Sheriff Leazenby described the woman who intervened to save the victims of the pit bull attack as a “godsend” since the likelihood of someone passing by on the isolated country road at that precise moment was extremely unlikely.

“It is like a scene out of a horror movie. When I saw them they were covered in blood and just mauled. It was terrible,” said Shena George, Isabella’s mom.

“I’m just thankful she is alive, she has bite marks all over her body,” she said.

After Isabella was attacked by a pit bull, her mother published some really upsetting photos of her daughter’s damaged body and warned the teenager will require skin and muscle grafts in the future. Sheena George thinks the Good Samaritan who helped them may have rescued all of them from being murdered by the savage dogs after the two cousins fought them for about 30 minutes.

“I didn’t know if Rebkah would make it,” she said.

The Sheriff ordered his officers to find the pit bulls responsible for the horrific attack on the two cousins and kill them. All four animals were euthanized the following day. 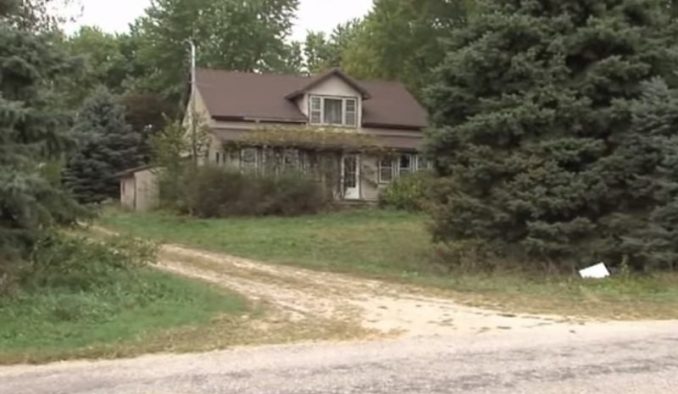 Leazenby also asked the prosecutor to file criminal charges against the dogs’ owner, Richard Darter, who has been summoned on previous occasions.

“You need to face consequences for actions and things you are responsible for,” said Derrick George, of the pit bull attack that nearly cost his daughter and niece their lives.

As we all knew that pit bulls in particular display tenacity in fighting and will carry on attacking even if they have broken limbs and are bleeding, as what Isabella and Rebekah experienced, however, in order to survive a pit bull attack here are some tips that could be useful in case of Vicious dogs attacks.

-If you believe a dog is ready to attack, remain in your current location, don’t run.

Predators are hardwired to chase if their “prey drive” is triggered. Even Usain Bolt couldn’t outrun a dog.