Significantly if you’re an average-size person, flying on a low-cost airline might be a hassle, but it turns out that traveling while plus size is even worse. Think about the seats on a plane. There is little room for your legs or your bags because they are so close together.

Now picture yourself traveling while plus-sized. In a recent TikTok video which has received over 200,000 likes and 5000 comments, Leanne showcased her experience on the RyanAir flight.

Kirsty Leanne, 29, from Shropshire, is a plus-size passenger who recently shared her experience flying on the budget airline Ryanair. 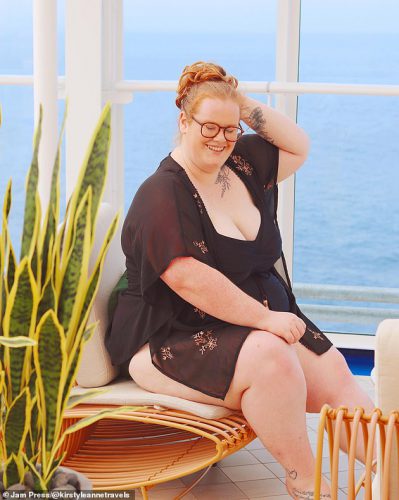 She started her video by showing her dismay at finding out she got a middle seat. Then she traveled to the airport where she got a seatbelt extender and switched to an aisle seat when she realized that seat was empty.

Leanne discussed the specifics of her plus-size-related experiences. She cited the restroom as an example, saying that she had to wait until she arrived at her destination’s airport to use it. Her futile attempt to use a tray table was also demonstrated. She called it “a big fat thing.” The blogger, however, was retaliated upon with comments stating that it was not the airline’s fault.

She described her flight on Ryanair from London to Hamburg, Germany, “with no upgrades” in the video.

“The first issue I faced was walking down the plane aisle. I was one of the last people on the plane because I was running a little late, so I felt the stares of people. All I could think was that they didn’t want me to sit next to them.” She said.

“I got to my seat, and thankfully the one next to it was empty, giving me a little more room,” she added. 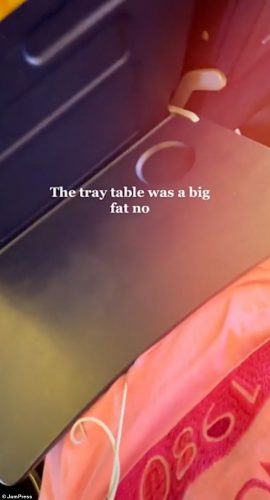 Additionally, the regular traveler had more negative things to say about her time on the Ryanair aircraft.

“In terms of legroom, there wasn’t much space, but this is also because I had an under-seat bag. It was definitely manageable, though. I was going to use the tray table to do some work on the way, but when I couldn’t put it down, I quickly decided that it was not going to happen.”

When she attempted to use the restroom, her situation deteriorated further.

Next, she shares a video of her walking down an airplane aisle, which she describes as “narrow”. 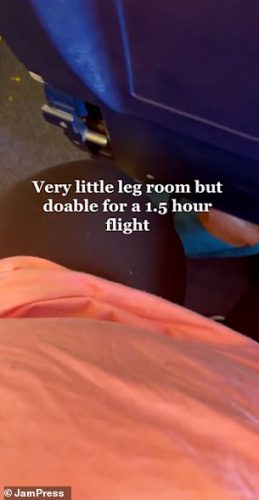 Filming herself in the airplane bathroom mirror, she calls the space “unusable” due to its small size.

“The bathroom was another issue I faced because I was running late I didn’t get to use the bathroom before I boarded. I thought I’d chance using the one on the flight, but unfortunately, it’s probably one of the smallest bathrooms I’ve ever seen, and I decided against trying to squeeze in. In terms of the seats, I was comfortable, but I think it’s because the seat next to me was empty, and I had that little bit of extra space. I needed to use a seatbelt extender, but this is something I am used to, and the flight attendant handed it to me discreetly as I asked when I boarded.”

Leanne then calls the plane seats “tiny” and shows the tray table not fully extending down, before moving on to complaints outside of the aircraft. 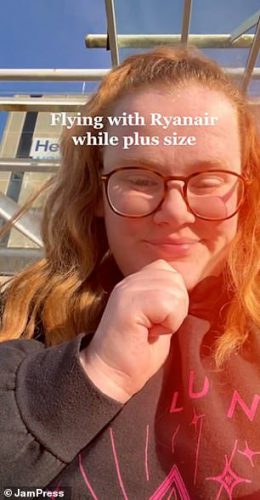 Leanne contends that her intention was not to disparage Ryanair in the video, but rather to demonstrate her own plus-size travel experiences for the benefit of others.

That’s far from what everyone on the internet got from her video. Many, many commenters criticized Leanne for posting her story and, in their view, appearing to place the responsibility for her unsatisfactory travel experience on the airline.

With, many viewers said that this experience should be Leanne’s “wake-up call.”

One person argued, “This should be a massive wake-up call.”

“There’s only one person to blame,” another wrote.

“Honey, it’s not the airline’s fault,” a third one wrote.

♬ Love You So – The King Khan & BBQ Show