It was an order that meant the difference between life and death.

Nobody ever plans on being a hostage. Although it’s improbable, people are kept against their will every year, sometimes by strangers who kidnap and imprison them and other times by people they know.

When an unusual request came in, employees at Yonkers’ Chipper Truck Café went about their business as usual.

But the staffs at the restaurant just north of Manhattan were perplexed and alarmed by the customer’s unusual request.

A request to save her life.

A breakfast sandwich and burger were ordered at five in the morning, with the police, as the requested add-on.

Alice Bermejo, the restaurant’s owner, was unsure about how to react. However, she eventually did take the note seriously and made the call for assistance. The restaurant owner and her staff were made aware that there was a problem with the person who placed the order on Grub Hub for delivery thanks to the “hurriedly penned note” in the add-on area. 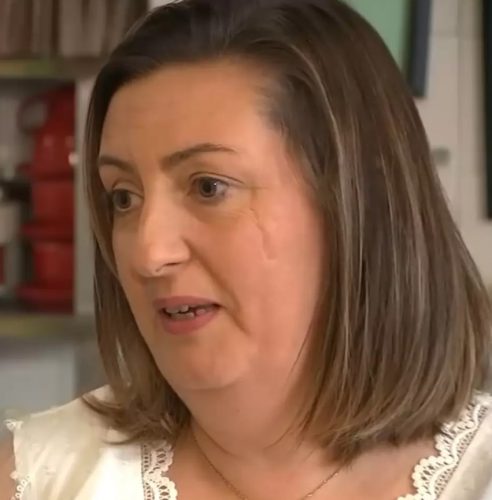 “Please call the police,” the note said, “his going to call me when u delivered come with the cone please don’t make it obvious.” 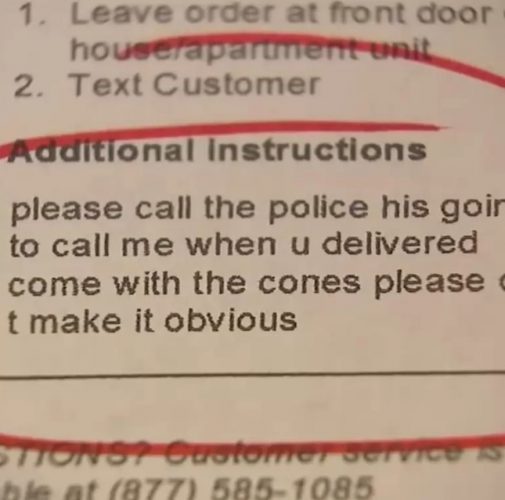 The tense atmosphere in the restaurant is something we can only imagine. When one of the staff members called her husband, Bermejo’s spouse informed her of the order.

When the order appeared on the screen, the employee was asking Bermejo how they should respond.

The adage “the customer is always right” has long been divisive, yet in that instance, Bermejo complied with the customer’s request.

“He was like, ‘Call the police. Can’t take any risks. Better safe than sorry,’” Bermejo said.

The victim, a 24-year-old woman, said she was being held against her will in an apartment in the Bronx. She met the suspect online and after meeting in person for the first time, but her love story quickly turned into a tragedy.

She alleged that the man sexually assaulted her. He also kept her phone and would only give it to her whenever she orders food.

Now, the suspect, 32-year-old Kemoy Royal, was detained by police after they were called, according to a statement from the New York City Police Department to ABC News. Police claimed that in addition to other charges, Royal was charged with rape, unlawful confinement, strangling, criminal possession of a weapon, and sexual abuse.

Fortunately, the gamble paid off. Both the victim and Bermejo were uncertain as to the victim whether the restaurant would take their requests seriously, while Bermejo didn’t know if it was all just a prank.

But in the end, relying only on their faith, they made the right decision.

“We really had no idea of the gravity of the situation until after everything had happened,” Bermejo said

Bermejo said she later received a phone call from the victim’s friend, thanking the restaurant for helping her. “We really had no idea of the gravity of the situation until after everything had happened,” said Bermejo.

Meanwhile, Grubhub decided to recognize this act of kindness and concern.

To honor the quick thinking of the owner and employee, Grubhub Chief Operating Officer Eric Ferguson contacted Bermejo and offered her $5,000 to invest in her company, according to Lisa Belot, the firm’s director of public relations, who spoke with ABC News via email.

“Every time we see a simple but extraordinary act like this, we are amazed by how our partners positively impact their communities,” Belot said. “From drivers delivering in difficult weather to our corporate employees volunteering at food banks to these restaurant employees in Yonkers who recognized a serious situation and acted quickly, we’re grateful and humbled that Grubhub can be a part of such incredible stories of kindness and heroism.”

Watch the video report below: