On Thursday, the college football scene was in a shock after a former high school football star and current assistant coach of the Idaho State football team, DaVonte’ Neal was charged with first-degree murder.

Idaho State University has already placed Neal on administrative leave. A statement from ISU’s athletic director was released regarding the arrest of the college football assistant coach.

“I have been in constant contact with [ISU head coach Charlie Ragle] who has known Davonte’ for many years and never had any knowledge or suspicion of a possible crime of any kind.”

“The news of Davonte’ Neal’s arrest and charges in Arizona was a great shock. Going forward, we will cooperate in every way possible, safeguard our program and culture, support each other and our students, and allow the legal process to work. The news is devastating and we hope for resolution for all involved.”

“The incident resulting in Neal’s arrest occurred in Arizona back in 2017. He faces three other felonies in addition to first-degree murder, including one count of drive-by shooting, a class two felony. Neal was arrested without incident and is currently in jail awaiting extradition back to Arizona.”

Pocatello, Idaho, police arrested Neal on an extradition warrant from Maricopa County on May 25. 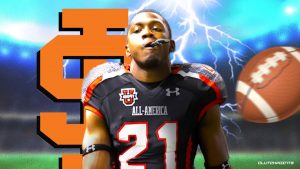 Neal was a two-time Gatorade Arizona High School Football Player of the Year when he played at Scottsdale Chaparral. He later played college football at the University of Arizona.

Neal’s name has been stricken off the Idaho State’s college football team website. We will provide you with more details on the topic as it comes out.