It’s pretty bad when the current woke culture in the United States is so rough that it’s even making people such as Bill Maher seem almost conservative in comparison, but that’s what happening. Now, Bill Maher might be a “liberal” but his recent comments about the “woke” movement and the current cancel culture during a recent appearance on Ben Shapiro’s Sunday Special struck a chord with many conservatives.

Now, don’t get me wrong. No, Bill Maher is probably not going to defect to the GOP. He has never been a friend to conservative ideals, but his recent comments on Ben Shapiro’s show definitely raised a few eyebrows, simply due to the fact that he is now disagreeing with many of his fellow “liberals.” He said they have gone too far left in recent years, but his own views “haven’t changed.”

Maher told the conservative Ben Shapiro that when he hears the term “woke” it has become something that he responds to with an “eye roll.” It was something that hadn’t existed in the recent past.

There is no doubt that Maher supports fighting against what he considered injustice, but the comedian thinks that the word “woke” is something that has become associated with “goofy” liberal political positions.

“I haven’t changed at all. My politics haven’t changed, they’ve changed,” Maher said. “People say to me sometimes, ‘Have you changed?’ No, it’s just that five years ago no one was talking about defunding the police, I never heard that phrase five years ago. That’s not me changing, that’s things changing. I’m reacting to it as I’ve always been.” 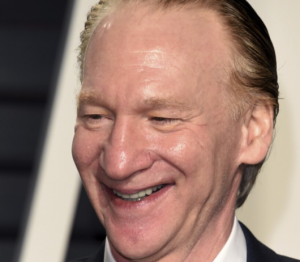 “Letting three-year-olds decide what gender they are, this wasn’t something five years ago,” the comedian added. “Free speech, you know, used to be a left-wing thing that we were proud and owned, and now that seems to be under attack. So, again, I think I’ve stayed the same.”

Today, the best term to describe Bill Maher would have to be as an “old school liberal” and he is speaking out against things such as cancel culture, wokeness, and the other radical political stances of the far left.

The first time that Maher spoke out on these issues would be when he was on a November 18th appearance on the former CNN show Cuomo Primetime, he was criticizing the push to incorporate radical ideologies such as critical race theory into schools.

“It’s just virtue signaling,” Maher said at the time. “My politics have not changed, I’m an old school liberal. When we talk about race, they changed. Not me. I was the old ‘we should be moving toward a colorblind society, we don’t see race.’ That’s the old way to look at it, I think that’s still the good way to look at it.” 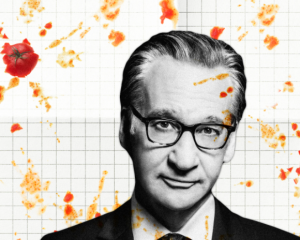 The comedian didn’t stop with just those remarks. During a July 31st episode of his show Real Time With Bill Maher, the host noted that cancel culture was actually something that belonged not in the United States, but in Stalin’s Russia instead.

No, there isn’t much that conservatives will agree with Bill Maher on, and we even thought at one time that he was pretty far left himself. However, he at least has enough common sense to realize when the left has gone too far.