One juror may end up derailing the conviction of Epstein’s fixer. Yes, you read that right. One juror. Just what is his beef?

This juror is from the Ghislaine Maxwell trial, and he testified last Tuesday that he had been sexually abused as a child, even going so far as to say that he did not deliberately hide that information so that he could get on the Maxwell case.

It was last December when the jury that he sat on convicted Maxwell of sex trafficking. Maxwell is the longtime girlfriend and a close confidant of billionaire financier and convicted sex offender Jeffrey Epstein, and the judge scheduled her sentencing from this coming June.

Maxwell is facing as much as 65 years in prison. 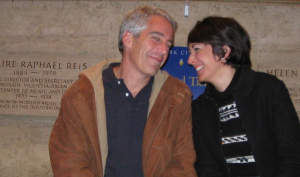 However, the man’s false answer on this jury questionnaire has now set the wheels in motion for a potential mistrial because the Wall Street Journal is now reporting that his omission could jeopardize the case.

“This is one of the biggest mistakes I’ve ever made in my life,” the man, identified as Juror 50, said during his Manhattan federal court hearing.

They granted the juror immunity to testify, and that is when he acknowledged under oath that he had been abused by his stepbrother and one of his friends, according to CNN.

However, even with this issue, the juror continues to insist that these episodes did not impact his ability to be an impartial juror during this case.

He was also adamant that he wasn’t intentionally trying to get a spot on the jury.

Judge Nathan asked the juror directly, “Did you hope that you would be?” 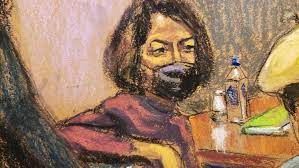 “I didn’t lie in order to get on this jury,” he said, as NBC News reported.

He claimed that it was nothing more than him being in a hurry and he had made an innocent mistake.

“If I could have gone back and gone slower, I would have in a heartbeat. It wasn’t on purpose or intentional,” he said, according to NBC.

However, it is due to this that Maxwell’s lawyers have asked District Judge Alison Nathan to toss this conviction out and give Madam Maxwell a new trial.

During the briefing, the lawyers said that they would have excluded this man from being on the jury if he had answered truthfully on his questionnaire. According to the Wall Street Journal, they are arguing that the man tainted the jury.

After the verdict, this juror – who has also been identified by his first and middle names, “Scotty David” – also told reporters that he had used his own memories of sexual abuse to convince others on the jury that they should convict Maxwell.

This jury of six men and six women spent 40 hours in deliberation before they returned with a guilty verdict.

This current request is being supported by the National Association of Criminal Defense Lawyers. Joel Rudin is a member of the group, and he told the newspaper that Maxwell should have had an impartial jury, no matter how offensive the charges might be.