The wokesters had better watch out! Ron DeSantis is taking them to task and making them regret all of their nonsense!

Florida Governor Ron DeSantis on Thursday said that even pressure from a multi-billion dollar, “woke” corporation like Walt Disney is not going to make back from his support of the rights of parents.

State legislators gave final approval to the Parental Rights in Education Bill, which is largely focusing on procedures that will ensure that parents will be allowed to be informed of any services that students will receive at the school.

It is about halfway through the bill where it says, “Classroom instruction by school personnel or third parties on sexual orientation or gender identity may not occur in kindergarten through grade 3 or in a manner that is not age-appropriate or developmentally appropriate for students in accordance with state standards.”

Perhaps not surprisingly, that clause has drawn the ire of LGBT activists throughout Florida.

Disney CEO Bob Chapek went on the record for disdain of the bill and he said that he had pushed against it behind the scenes, as noted by Fox News. 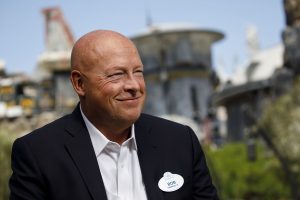 “I called Gov. DeSantis this morning to express our disappointment and concern that if the legislation becomes law, it could be used to unfairly target gay, lesbian, non-binary, and transgender kids and families,” he said.

The Republican governor fired back though, and in a meeting with supporters on Thursday where he said that young children deserve to live without being drafted into the left’s gender wars.

“In the state of Florida, we are not going to allow them to inject transgenderism into kindergarten,” DeSantis said.

The governor said that critics can howl all they want, but he is not going to change his position on this bill.

True to form, DeSantis also pointed out the dissonance from Disney, which makes millions per year off of families even though in this instance they are undermining parents.

“And when you have companies that have made a fortune off being family-friendly and catering to families and young kids, they should understand that parents of young kids do not want this injected into their kid’s kindergarten classroom,” he said.

“They do not want their first-graders to go and be told that they can choose an opposite gender,” he said. “That is not appropriate for those kids. So if you’re family-friendly, understand the parents, who are actually raising families, want to have their rights respected.”

He pointed out that Disney is far from pure in their business dealings.

“You have companies, like Disney, that are going to say and criticize parents’ rights, they’re going to criticize the fact that we don’t want transgenderism in kindergarten in first-grade classrooms,” he said.

“If that’s the hill they’re going to die on, then how do they possibly explain lining their pockets with their relationship from the Communist Party of China? Because that’s what they do, and they make a fortune, and they don’t say a word about the really brutal practices that you see over there at the hands of the CCP,” he said.

DeSantis then delivered the piece de resistance in his remarks.

“And so in Florida, our policy’s got to be based on the best interest of Florida citizens, not on the musing of woke corporations,” he said.