These Texas ranchers just gave Biden a real piece of his mind and what they are doing now will ruin him completely….

The Department of Agriculture’s Natural Resources Conservation Service seems to be offering farmers the opportunity to make claims for the damage to fencing, damaged crops, or lost livestock, but many of these ranchers at the U.S.-Mexican border are not buying it. 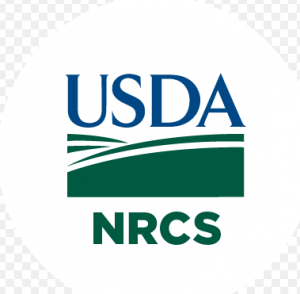 They are claiming that these reimbursements are not going to solve their stressors.

“It looks good on paper. It looks good in the media,” rancher John Paul Schuster told the Examiner. “But in reality, it’s not servicing us right now.”

“I don’t have high hopes we’re going to get money or that it’s going to work because of the way they’ve worded it,” said professional outfitter Page Day, an individual who hosts and guides hunters on his 20,000 acres on his ranch near Del Rio, TX.

Day told the reporters that he has spent as much as $60,000 on fencing, and he is going to apply for the cash but he is afraid the program is going to cost him and other ranchers much more than they get in the long run. 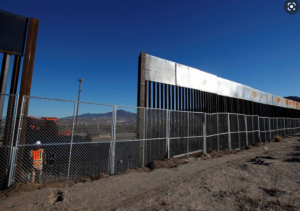 “I almost want to say it’s a political stunt by the government to say, ‘Look, we are helping the ranchers,” he said.

Rancher Billy Whley of Val Verde County said that the program could be characterized as too cumbersome and too slow.

“It’s probably going to be more trouble than it’s worth [to apply] because nothing is simple with the government,” Whaley said. “If I have to spend four or five hours filling out stuff and sending it in then have somebody come look at it, by the time they do that, we’ve already fixed another fence.”

Ranch owners Ann Hodge and her husband Byron have already decided they are not going to apply.
“We don’t want anything from the government. There’s going to be strings attached,” she said. “You never know when they’re going to try and say they might need that money back now and have the power to take it away from us.”

“Those cattle eat [that junk], and because of their digestive system and the way it’s set up, they end up getting what we call hardware disease. They can’t process their diet anymore, so they get skinny and eventually die,” he said.

The flood of illegal immigrants can also lead to panic for many ranchers, with the Department of Public Safety calling some of them at times to tell them that they are searching for illegal immigrants on their property. When that happens, a lot of these ranchers will stay up nights with their dogs and pistols by their side, making sure that they are not the victim of a home invasion.